Ocean's 8: Whatever men can do, women can do it better 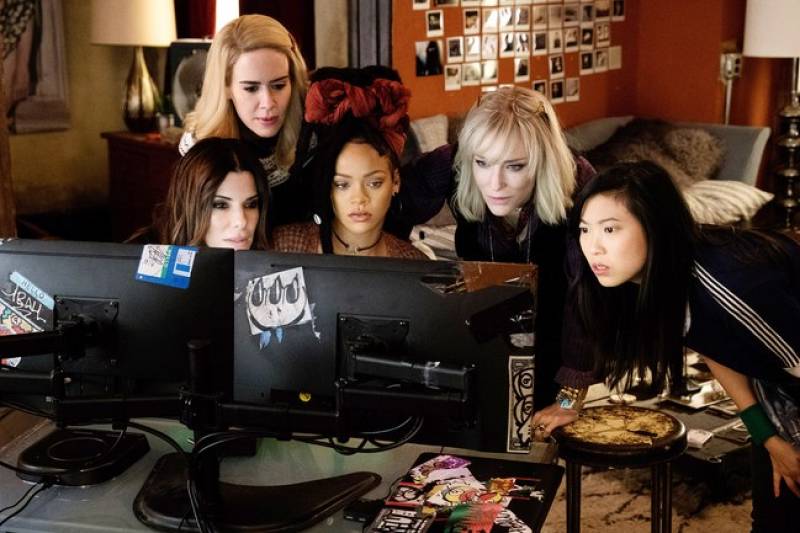 Ocean's 8 picks up right where possibly late Danny Ocean (George Clooney) left. Debbie Ocean (Sandra Bullock playing as Danny's sister) is just released on parole from prison and already has plans in motion for a not so honest life. In all honesty, it would have been a bore if someone had to coax her into being her usual self again, so it is a refreshing side (also, cuts out all the unnecessary gibberish of being a renewed fresh out of prison soul).

The film feels like fusion of displaying high end fashion and a touristy catalog of New York's casino led elite life. The 'dishonest, corrupt (and) morally bankrupt' con artists add to the charm of an all women centric comedy feature which is generally not a 'message film'.

Leading one of the most serious jewellery heists, the film projects an eclectic cast of ethnically diverse characters (race, skillsets, and backgrounds).

Featuring Met Gala, the one and only fashion event of the year in its truest sense in Manhattan's Metropolitan Museum of Art, along with plenty of celebrity camoes including Kim Kardashian,Katie Holmes, Maria Sharapova,  and Anna Wintour, the film itself is a praise to the logic that whatever men can do, women can do it better, and that too in heels. Not to mention Anne Hathaway is a star in being the sparkly target in her sparkly gown.

Ocean's 8 is a refreshing feel from all the previous female centric films (tagline: Ghostbusters) and proves to be a 10/ 10 for cinematic views.