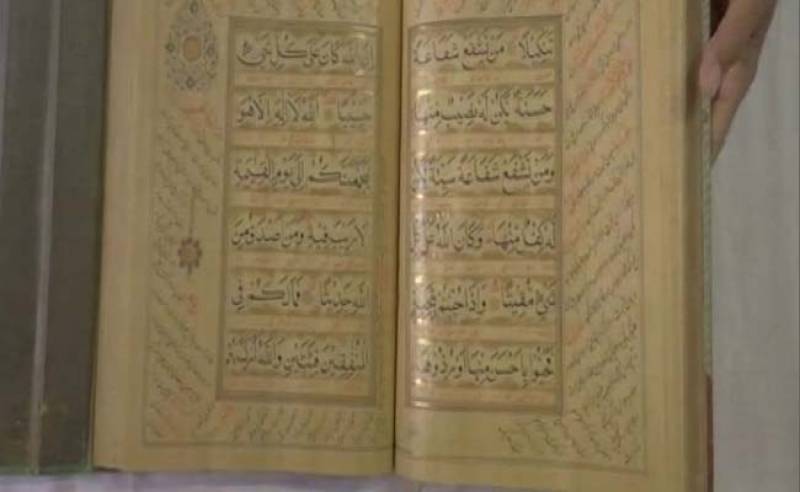 JAIPUR (Web Desk) - A 700-year-old copy of the Holy Quran was stolen on Thursday from its Hindu owner in Rajasthan's Beawar town, 160km from the state capital of Jaipur.

55-year-old Jaidev Prasad Sharma said the holy book was gifted to him by a friend in 2011.

On the day of incident, a man who he occasionally did business with visited him at home with another man and asked to see the Quran. While Sharma was briefly distracted by a phone call, the visitor allegedly pulled a gun on him. The two outsiders then stole the Quran and rode away on a motorcycle.

Heartbroken at having lost a valuable piece of heritage, Jaidev said he never wanted to sell the book and despite being a Hindu he had venerated it; his dream was to pass it on to his daughter.

"The Quran had a specialty", Sharma said, "It had calligraphy in gold and also used sapphire." He said he had hoped to pass on the heirloom to his daughter.

Registering a case, the police said the book was probably stolen because of its antique value and precious stones.