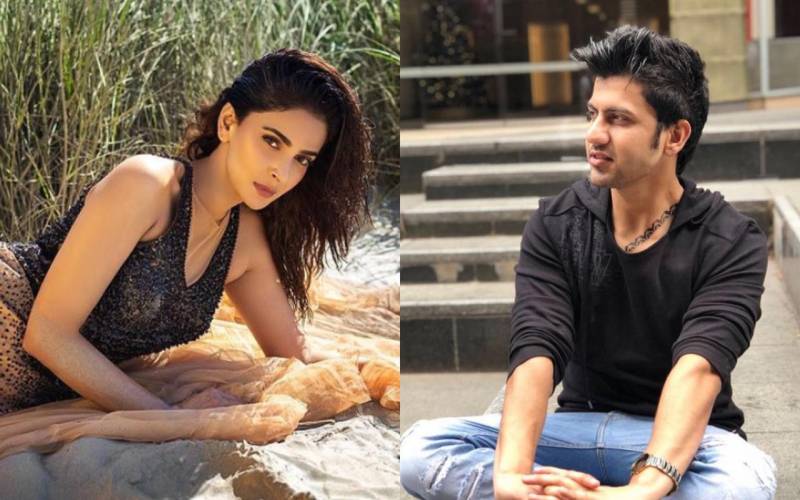 Lollywood's leading actress Saba Qamar is surely an actress par excellence who is a true fashionista of Pakistan’s entertainment industry. With killer looks and a charming persona, Qamar is back in the headlines with a possible wedding on cards.

With curiosity among fans, the 36-year-old star confirmed the news of tying the knot with blogger Azeem Khan, which took the internet by storm.

Yet, it seems like everything is not gold and glitters, as a girl named Ujala Ali Khan has come forward with unexpected allegations on Azeem Khan. 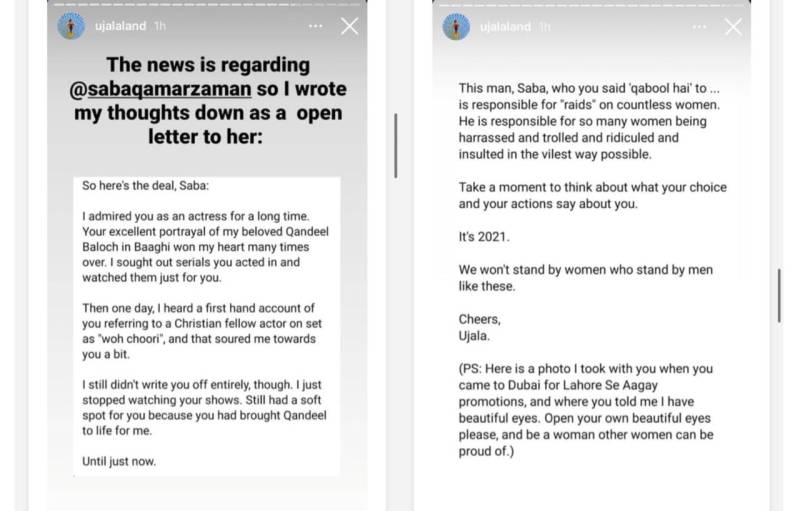 Giving insight into her traumatic encounter with Azeem, the girl shared in long notes how he has affected her. Moreover, Ujala claimed that Khan had stolen her content related to female sexuality from a closed group and later shared it on social media. 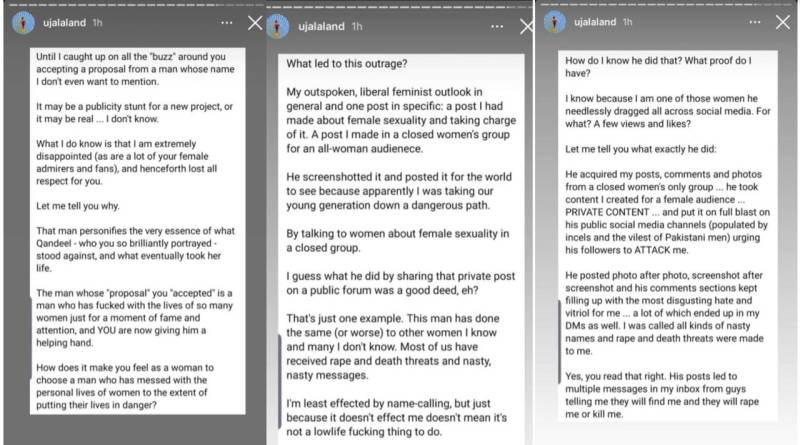 The sudden exposure of her private information resulted in the girl getting rape and death threats.

Further, Ujala Khan also shared a click which she took with Saba Qamar in Dubai and has also advised her to open her eyes because the guy is a "very dangerous one".

Earlier, talking to a local media outlet, the Cheekh star confirmed she was indeed getting married! “Yes, I have found the person I’d like to settle down with,” Qamar revealed. “If everything goes well, I will be tying the knot very soon.”

Qamar said as for now, she was in love and absolutely loves it. In addition to this, the Hindi Medium star also excitedly explained that the gentleman was in fact the Khan who commented under her picture.

Khan is a successful Australian-Pakistani entrepreneur. He hails from Karachi but is currently based in Sydney. Without delving into detail, Qamar preferred to remain mum about the wedding dates and refused to reveal any further details.

Saba Qamar has confirmed that she is all set to tie the knot. Initially, the Cheekh star sparked rumours when she ...