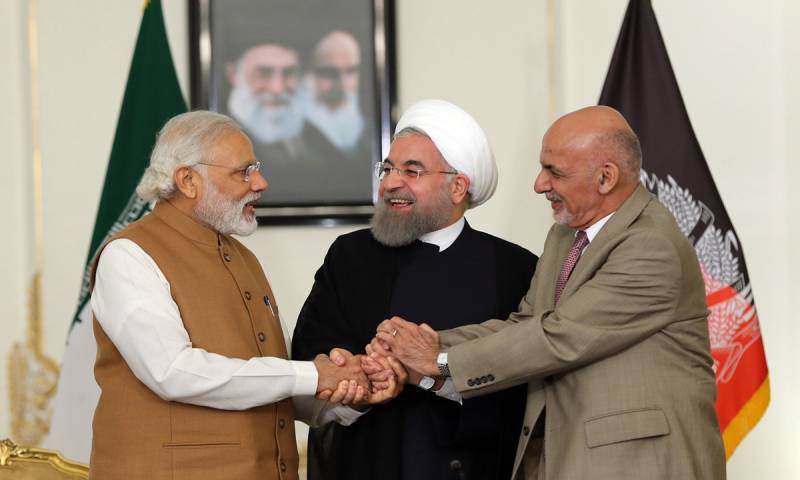 The Trump White House’s opposition to Joint Comprehensive Plan of Action (JCPOA), commonly known as the Iran nuclear deal, has only toughened over the past fortnight. The US Treasury department notified that the sanctions will take effect between 90 to 120 days, a timeframe for the foreign companies to amicably wrap up their businesses. Despite European political assurances at the top level, corporations like Total, Siemens, Maersk, Allianz and more recently British Petroleum have opted to comply with the US curbs against Iran.

Mike Pompeo’s demands from Iran and Ayatollah Khamenei's conditions for staying the nuclear deal will have a similar effect of scaring the western investors away. The Iranian supreme leader’s demands from the European leaders are an explicit call to make a choice between Washington or Tehran. The Iranian threat to walk out of the JCPOA presents the case scenario for the country, the snap-back clause will automatically be invoked, triggering the UNSC sanctions without further legislation in New York. The White House has stopped short of opting for the snap-back in order to keep the possibility of renegotiating the JCPOA open.

True that European capitals, namely London, Paris, and Berlin, seem to have so far aligned against the Trump government’s lack of confidence in the JCPOA effectiveness vis-a-vis suspected nuclear proliferation, the supreme leader is pinning extremely high hopes on the top EU nations by expecting them to take on America to stand by Iran. The EU and the US economies have meshed into each other and Pentagon’s military muscle is indispensable for NATO as well as the continental security.

The challenge is not unique to the EU member states including JCPOA signatories - Germany, France and the UK - but other US allies like Turkey, South Korea and India too. By far, Delhi is the most affected player in Iran after the imposition of recent waves of sanctions.

Iranian President Rouhani’s Delhi visit in February was celebrated in India across political divisions. The man from Tehran had supported India’s candidature for UN Security Council, lauded its peaceful policies and cemented and upgraded the strategic pact first formalized in 2003. Chabahar Port was at the center of the talks as was trilateral trade and commerce, helping India bypass Pakistan to access Afghanistan while giving Iran significant leverage in Kabul and Delhi alike. India being Iran’s largest oil importer makes its bilateral ties significant as well as troublesome. Reuters reported in April that Iran is in final stages of offering India a 100 percent freight discount linked to a formula translating into 105 percent of the Platts assessment. Till April, 17 percent of Iranian petrochemicals were shipped to India i.e. about 442,800 bpd. Though there has been a talk of abandoning trade in the dollar and switching to their respective currencies, there is many a slip between the cup and the lip.

The crown jewel of India-Iran relations - Chabahar port - too faces a similar if not worse predicament in the wake of US sanctions, which are coming in waves, leaving Delhi with little time to formulate a concerted response. During Rouhani’s February visit, a lease Contract for Shahid Beheshti Port-Phase 1 of Chabahar was signed between Port and Maritime Organization (PMO), Iran and India Ports Global Limited (IPGL). The Indian side committed to set up plants to process fertilizers, petrochemicals, and metallurgy in Chabahar free trade zone besides its readiness to support the development of Chabahar-Zahedan Rail line.

The Modi government has been pretending to have outsmarted the world by advancing India’s interests in Tel Aviv, Tehran, Washington, Moscow, and Riyadh. The reality has been laid bare spectacularly.   India has been desperate to join in the development of Farzad B gas which Iran wisely denied in favor of Russia’s Gazprom. The Persians’ calculation that Indians will budge to the American pressure lead to the decision of doing away with her offer of $11b for development of upstream activities at the oil field and downstream infrastructure.

Though the previous UNSC sanctions, lifted in mid-2015, had made oil purchases from Iran and participation in projects in the energy and other sectors exceedingly difficult, the Obama-era waiver did bring some relief. Neither side is expecting a similar favour from the Trump administration. The Indo-Iran trade, which currently stands at $13 billion, will get a direct hit as a result of Trump’s decision against Iran. Since the signing of the JCPOA, Iran has been aggressively pursuing banking ties in bilateral meetings. However, restrictions on Iranian banks and US’ blacklisting companies dealing with Iran effectively inhibit joint action.

Post-JCPOA, there is little likelihood that the White House will consider leniency for India’s dealings with Iran. Notwithstanding the fact, Washington never had a stronger pro-India lobby than it has now. The issue of imposing Iran sanctions and suspending the nuclear deal is a red line.

Not only are India’s Chabahar ambitions hit by the US sanctions - where it has committed a meager investment of $500 million and $85 million - but its ambitions to expand trade with Afghanistan have also been impacted. Delhi has been actively lobbying soon after the announcement of renewed US sanctions to get a waiver to continue importing Iranian oil as its third largest exporter and development Chabahar port to access Afghanistan to neutralize Pakistan’s ‘disruptive influence’. Removal of Rex Tillerson came as a blow to the Indian interest for he knew the dynamics of oil and gas sector better than anyone in the government. The delay in confirmation of Mike Pompeo led to the postponement of a crucial two-plus-two ministerial dialogue established during Modi’s visit last summer. Earlier scheduled for April 18-19, the defense and external ministers of US and India will be holding their maiden joint meeting sometime in July. 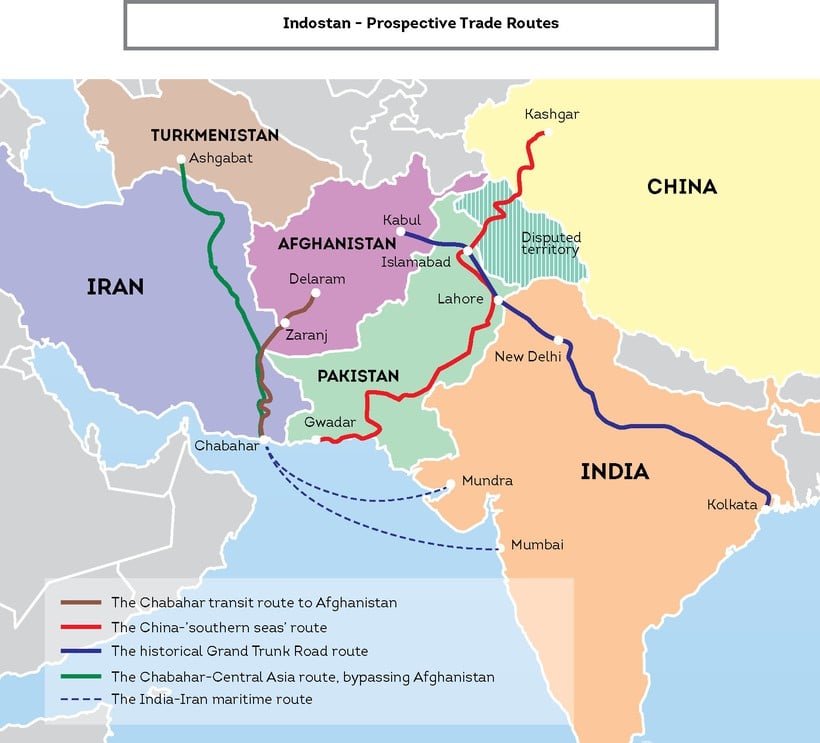 From India’s perspective, the issue of concessions for trade and strategic ties with Iran will be an issue of top priority followed by Afghanistan, Pakistan and other geo-strategic issues concerning China. From the American viewpoint, any leniency towards Iran’s fiscal or political matters will weaken the impact of sanctions, which its European allies are reluctantly embracing. Despite the enormous advantage of Iran’s opening, China too will adopt a cautious approach given its enormous trade dependence on the US as the recent negotiations signify following barring of Chinese telecom conglomerates. The challenge of reaping unprecedented benefits from the US while befriending and aiding Iran tests the limits of Indian diplomacy.

The avenue of rupee-riyal trade has not really matured and still remains vulnerable to US political pressure. India’s only relief comes in the form of barter trade, which will not be able to cover half of $13 billion current volume.

Delhi has been banking on the pressure European partners in JCPOA will exert against US unilateral sanctions. However, there is an obvious double-speak with the leaders issuing bold statements but the bureaucrats and corporations complying with the US treasury’s notification on Iran.  Emmanuel Macron’s bravado is neither equated by Angela Merkel nor Theresa May.

Amongst other costs, India’s participation in the International North South Transport Corridor (INSTC), which starts from Iran and ambition to connect through a 7,200-km multi-mode network with Russia via Central Asia. The INSTC requested investment share of India won’t be able to pour in due to banking sanctions.

Meanwhile, soaring petrol prices will impact Narendra Modi politically. Already faced with a troubled fiscal policy, the recent increase in petrol prices have angered the public and emboldened the opposition. The surge in inflation can weaken the BJP’s political appeal, thus Modi has personal stakes in Iran ties contrary to his US counterpart who gains with his punitive action.