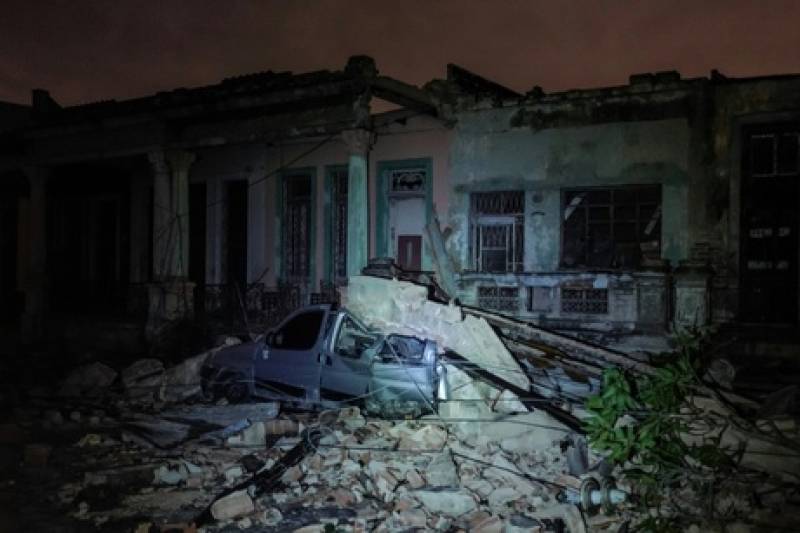 LIMA - A strong 8.0-earthquake struck northern Peru in the early hours of Sunday, sending residents fleeing their homes and cutting off power to at least one town, with the impact felt as far afield as neighbouring Ecuador.

There were no immediate reports of injuries following the quake which the US Geological Survey said struck at a depth of 110 kilometres (68 miles).

The quake hit t 0741 GMT about 75 kilometres southeast of the town of Lagunas, along the Amazon basin near the border with Brazil.

"Some casualties and damage are possible and the impact should be relatively localized," USGS said in a preliminary assessment.

Quakes of similar depth "typically cause less damage on the ground surface (but)... may be felt at a great distance from their epicentres," it later added.

The tremors were felt in northern and central Peru, including the capital Lima, where terrified residents ran out of their homes.