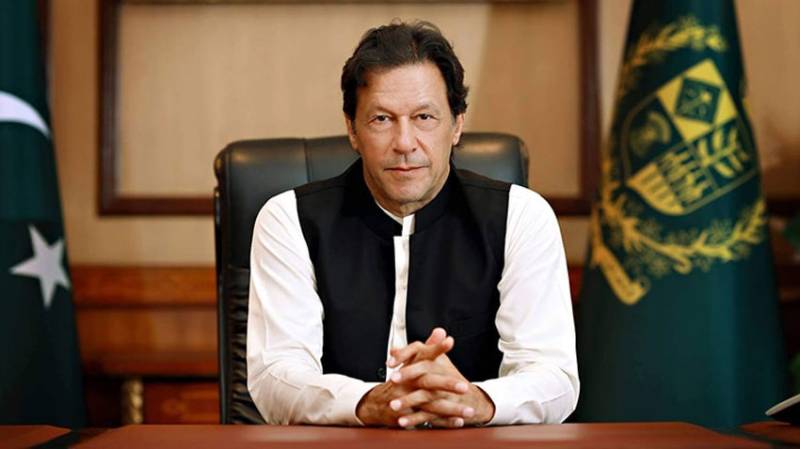 ISLAMABAD - Prime Minister Imran Khan held a telephone conversation with the President of the Arab Republic of Egypt Abdel Fattah Al-Sisi on Wednesday.

The premier appreciated the important role played by Egypt and its leadership for cessation of hostilities in Palestine.

Condemning strongly the Israeli aggression against innocent Palestinians, especially women and children, and the sacrilege of Al-Aqsa Mosque during the holy month of Ramadan, the Prime Minister stressed the importance of the early and just resolution of the Palestine issue.

He termed the current situation in Gaza as Palestinians living in “open prison”.

In this regard, the Prime Minister called for total withdrawal of Israeli forces from Occupied Palestinian Territories including Jerusalem; restitution of the inalienable rights of the Palestinian people including their right to self-determination and the right of return to Palestine and the establishment of an independent, viable and contiguous Palestinian State, as part of a two-state solution, with pre-1967 borders, with Al-Quds Al-Sharif as its capital.

He also laid emphasis on the importance of solidarity among the Muslim Ummah, and adopting a collective approach especially through the OIC platform, for safeguarding the rights of Muslims, particularly those living under foreign occupation.

It was agreed to continue with the momentum of high-level exchanges to further strengthen bilateral political and economic ties between the two countries.

NEW YORK: Pakistan on Friday welcomed the announcement of a ceasefire between Israel and Hamas after 11 days of deadly ...