Hassan Ahmed apologises to Aiman Khan for his harsh comments 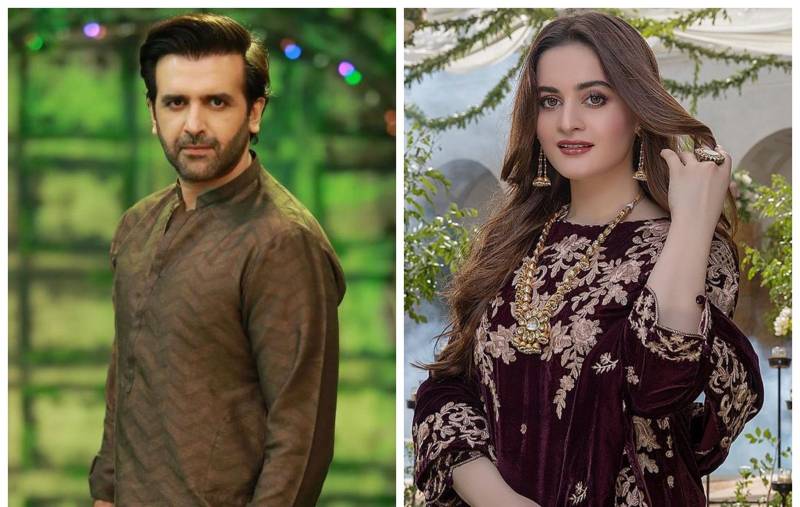 Popular actor-model Hassan Ahmed has apologised to fellow actress Aiman Khan for his mean comments during a recent interview.

The Aangan actor recently appeared on The Couple Show alongside his wife and supermodel Sunita Marshall. Rapid-fire rounds on talk shows are fiery and spontaneous with some interesting revelations that give headline grab worthy statements and this time is no exception.

In a segment, Hassan, upon being prompted, claimed that Aiman Khan and Muneeb “buy social media followers”. He also suggested that Azaan Sami Khan “should leave acting” and stick to being a “music composer.”

The aforementioned clip went viral and before things get blown out of proportion, Hassan regretted his words and posted his apology video on Instagram to retract his comments against the said celebrities.

“I wanted to talk about the clip that recently went viral where I said some things about Aiman and Muneeb. I have no way to defend what I said, nor do I want to defend myself. I shouldn’t have said that and I take all of that back. I wish both of them the best in their lives,”

The Ishq Tamasha actress appreciated the apology and wrote, “You didn’t have to do this. You’re a very good man and I know that.”

Pakistani star actress Aiman Khan celebrated 10 million followers on Instagram with a beautiful video she posted on her ...