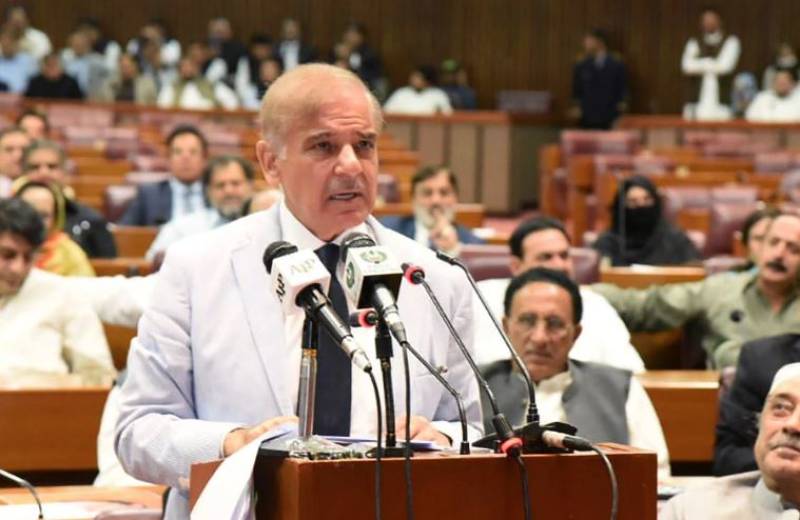 ISLAMABAD – Prime Minister Shehbaz Sharif said the coalition government would only decide when to hold the next elections as he asserted that still a year and two months were left to the completion of the incumbent government.

Addressing the National Assembly, the premier said if the leaders of the former ruling party have concerns about fresh elections, then they should have raised this issue in the parliament.

Taking a hit at former PM, Sharif said “I want to tell the leader of this group that you cannot dictate to us. If you are so much interested in dictating others, then go home and dictate your family members”.

The PML-N leader however mentioned that the doors were open for negotiations. A committee can be formed in this regard, but dictation will not work and no group or party can be allowed to rebel against the Constitution, PM said.

Slamming KP government officials, he said law enforcers of the northwestern region and the chief minister came with ‘armed groups’. Sharif said this is not happening anywhere in the world.

PM slammed Imran, saying he blasted the state institution and the judiciary. PTI chief changed his tone depending on the court's decisions, he added.

PML-N leader added that the Election (Amendment Bill) 2022, which was passed earlier today, had laid the foundation for transparent elections.

ISLAMABAD – The National Assembly of Pakistan on Thursday approved fresh amendments to the country’s ...

Sharif responded to the recent developments after the ousted prime minister Imran Khan gave a six-day ultimatum to the federal government to dissolve assemblies and announce fresh elections.