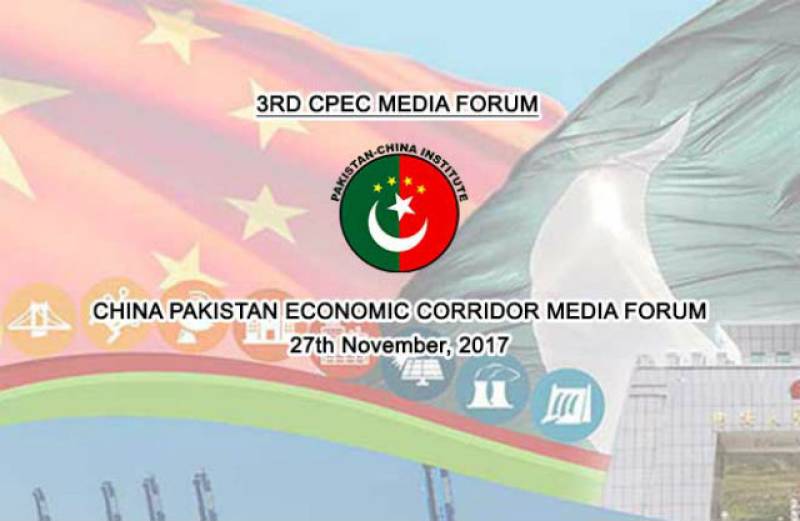 ISLAMABAD - The third China-Pakistan Economic Corridor (CPEC) Media Forum will be held in Islamabad on Monday, according to Radio Pakistan.

The event will focus on promoting information and cultural corridor through the media to support and supplement CPEC.

Earlier this week, CPEC Media Forum President Hafiz Tahir Khalil told journalists that there would be four sessions in the upcoming moot going to be held in Islamabad in which 10 journalists from China would be participating in it.

In the final session, recommendations of the Media moot will be presented for endorsements from the participants.

China–Pakistan Economic Corridor is a collection of infrastructure projects that are currently under construction throughout Pakistan. Originally valued at $46 billion, the value of CPEC projects is now worth $62 billion.