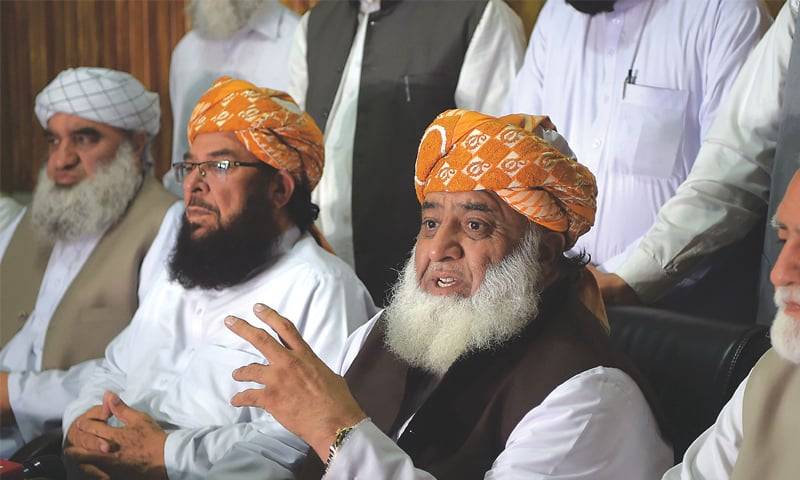 ISLAMABAD – Opposition’s All Parties Conference (APC) will be held in Islamabad today (Tuesday) to discuss the future course of action against the Pakistan Tehreek-e-Insaf (PTI) led federal government.

According to media details, the meeting, convened by Jamiat Ulema-e-Islam-Fazl (JUI-F) chief Fazlur Rehman, is scheduled to be held at 2:00 pm.

In an apparent bid to reorganise political campaign for pressurising the government, the opposition parties seem to formulate new strategy in the light of recommendation made by opposition’s Rehbar Committee.

PPP chairman Bilawal Bhutto Zardari is likely to lead the party’s delegation while the PML-N delegation will be led by senator Raja Zafar-ul-Haq to participate in the APC.