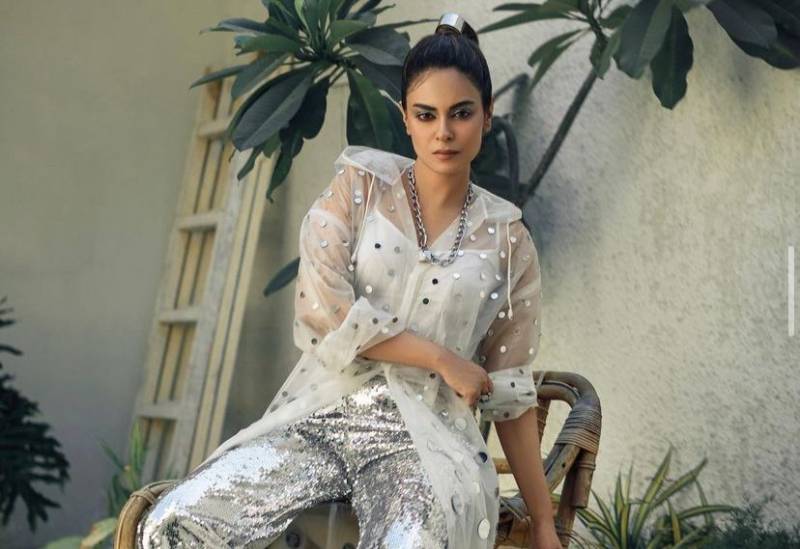 Now, the Bela Pur Ki Dayan star has made a dazzling appearance where she channels filmy vibes to perfection in the latest viral BTS video.

The video shows the Baddua star grooving after her dance performance at the LUX Style Awards 2022. Needless to say, the fun-filled video is leaving her admirers awestruck.

"Tujko mirchi lagi tou main kya karu” dedicated to all those who have forgotten the art of enjoying award show celebrations and acknowledgement of the industry. Allah ka wasta har cheez mein keeray mat nikalein.We lack the ability to let go of negatives and enjoy so many positives."

"Also give @faiziiii_jutt a huge shoutout .An ardent govinda fan and tiktoker, Faizi is a background dancer with big dreams. His expressions and moves are way better than any leading artist. Will talk abt him in another video coz we seriously need to empower these stupendously talented gems, but I surely couldnt resist when he graciously ask to choreograph this act. For now Enjoy all the action straight from LSA’s backstage????????❤️❤️❤️⚡️," concluded Khan.

On the work front, Amar Khan made her debut with the film Dum Mastam opposite Imran Ashraf. The film is directed by maestro Ehteshamuddin and penned by Amar Khan.

Produced by Adnan Siddiqui and Akhtar Hasnain for Cereal Entertainment and distributed by HUM Films, it was release on Eid ul Fitr 2022.