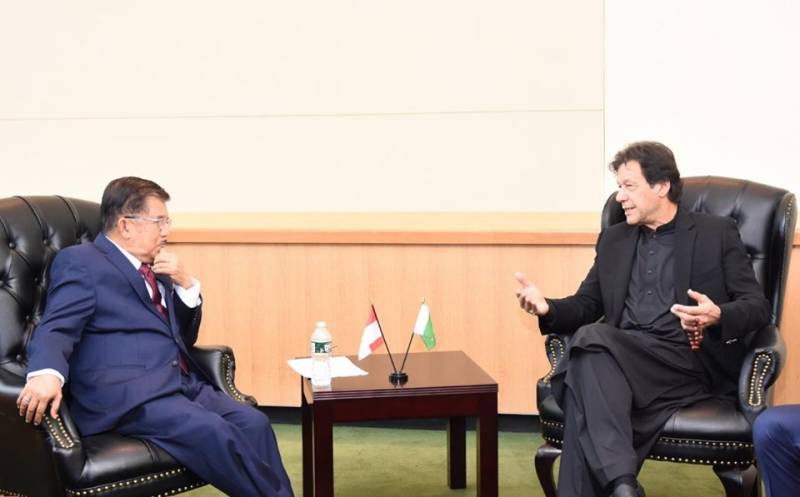 During the meeting, the premier recalled Indonesian President Widodo’s visit to Pakistan last year and expressed satisfaction on the fraternal and historical relations between Pakistan and Indonesia.

Prime Minister Imran Khan underscored that Pakistan looked forward to Indonesia’s support and understanding on the plight of Kashmiris and attendant risks to peace and security, said a statement issued by the PM office.

It is pertinent to mention that Indonesia is a non-permanent member of the Security Council and has the world's largest Muslim-majority population.