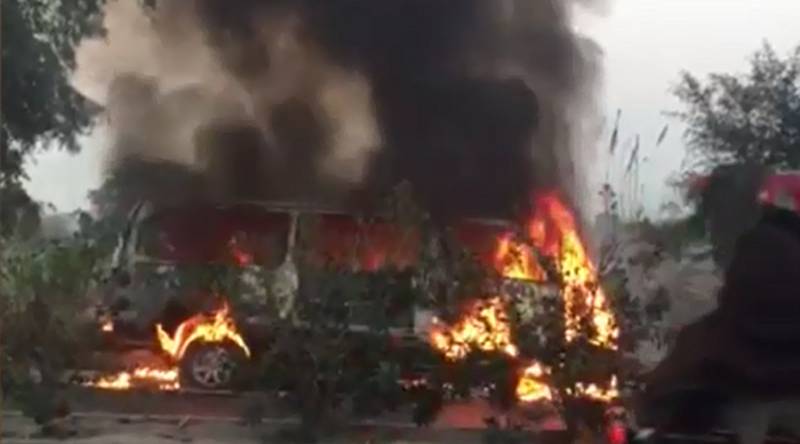 HYDERABAD – At least thirteen people were killed and others injured after a passenger vehicle caught fire in metropolitan on Saturday, confirms Sindh transport minister.

The incident occurred at the Super Highway near Nooriabad when the vehicle was going to Karachi from Hyberabad.

According to officials, around 18 people were travelling in the ill-fated vehicle.

Injured person were rescued after cutting the body of the vehicle. The wounded have been shifted to a hospital for treatment.

Investigation has been launched to find the reason behind the deadly fire.