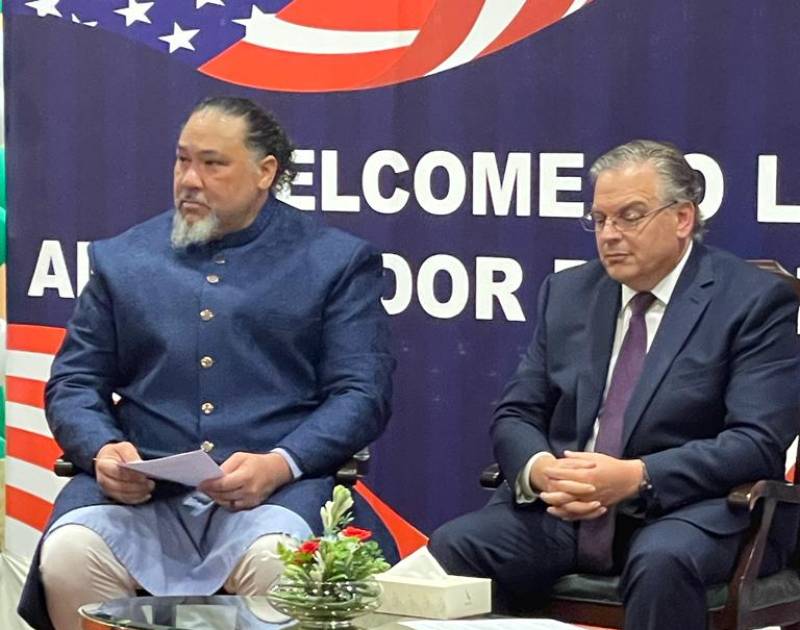 LAHORE — US Ambassador Donald Blome said on Monday the devastation caused by the recent floods in Pakistan was ‘shocking’.

Speaking at a reception hosted in his honour by US Consul General William K. Makaneole at Avari, Blome said, “I recently visited flood affected areas and the devastation is shocking.”

The ambassador said the US would continue to support Pakistan and would make more efforts in this regard. “We will keep trying to find resources to help Pakistan deal with this calamity,” he said.

He said, “We spent two years dealing with the Covid. Pakistan did a fantastic job in addressing the Covid pandemic. The US donated 77 million doses. One reason we managed to do this was that Pakistan did a very efficient job in administering the doses.”

During his visit to Lahore Fort and the Walled City, Ambassador Blome said he met an incredible array of people, politicians and civil society representatives who were striving to make Pakistan better. He said they talked about the challenges Pakistan was facing and how the US could support Pakistan and sometimes Pakistan could support the US. “Our relationships work two-way,” he said.

“People are Pakistan's greatest resource. We know that as we have so many Pakistanis working in the US. 22,000 Pakistanis have been in US language programmes, etc. Pakistan is the largest Fulbright receiver in the world,” he said.

Blome said, “This is 75th year of US-Pakistan relations. We are having an event later in the week in Islamabad to mark this. I look forward to working on issues important to Pakistan, food security, energy, investment and trade. There's so much potential in these areas. One of the greatest area of potential in Pak-US relations is trade and investment.”

Speaking earlier, US Consul General Makaneole said, “Welcome to Ambassador Donald Blome on his first trip. For those who don’t know, Ambassador Blome arrived here in Islamabad to take role as Chief representative.

“I have been here for a year now, and during this time, I’ve discovered that this country has lot to offer, with culture and cuisines.

“For the people coming from the world, you’ll be going to learn the most as we are celebrating 75th anniversary of Pak-US ties. People to people interactions are the foundation between the relationship between the two countries.

Highlighting the partnership between the two sides, the consul general said the United States was Pakistan’s largest export market. “Here in Punjab, partnership is strong as over 55 pc of textile companies turned to American cotton for cloth manufacturing,” he said.

“In the year 2021, the two-way trade soared to $5.3 billion, just one of the examples showing how trade ties grew between the two sides,” the US diplomat said.

He said, “Many of Pakistani people are studying in the United States, most from Punjab, and this will be the generation that will carry this partnership further.”

“Since 2002, we have provided $1.6 million to conserve sites in this area, including the preservation of historical structures on the south side of Wazir Khan Mosque, which will continue to boost this area as a prominent tourist destination.” -DB #AmbBlome #AFCP 2/3 pic.twitter.com/tJDwemqiQd

#AmbBlome took an electric rickshaw for a spin at @LifeAtLUMS!
During the visit, he toured the LUMS Energy Institute (LEI) Electric Vehicles Lab and the National Incubation Center (NIC) and met with several top business and engineering leaders in the electric vehicle industry. pic.twitter.com/IKHVoNBuo2