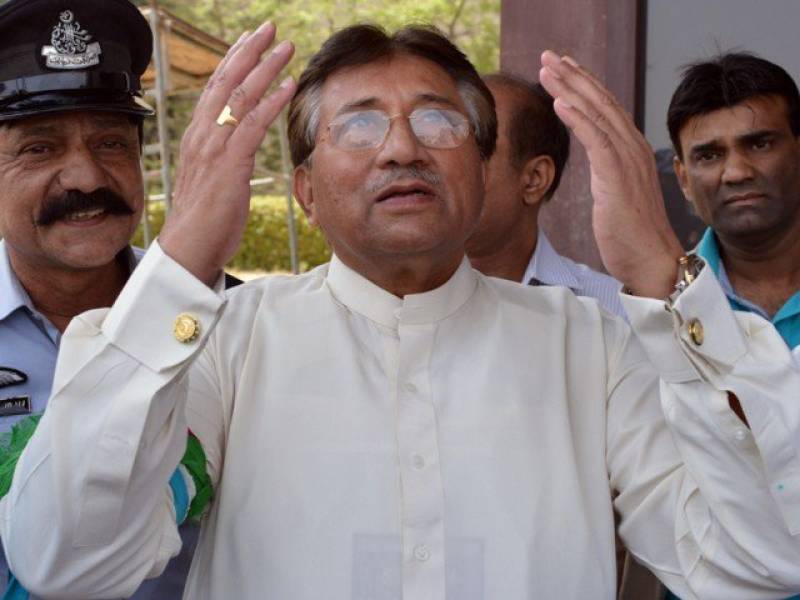 Talking to newsmen in Islamabad, Safdar said despite his deteriorating medical condition, the former president was determined to appear before the court that had summoned him for the hearing scheduled for May 2.

Musharraf's counsel said the approval of former president’s personal physician was of utmost importance in the current circumstances, in the backdrop of his fragile medical condition.

However, family sources have confirmed his arrival date, he added.

Musharraf, who is facing high treason trial in a special court, failed to appear before the courts repeatedly on the pretext of his illness.

The announcement comes almost a month after the court dismissed Musharraf's plea to defer the proceedings till May 13.

The case against the former president was lodged in 2014 for his role in subverting the Constitution on November 3, 2007.

During one of the hearings in March, the bench headed by Justice Tahira Safdar and comprising Justice Nazr Akbar and Justice Shahid Karim also dismissed Musharraf's request for acquittal, noting that such requests should be formally submitted.

According to the family of the former chief of army-staff, he is suffering from amyloidosis, a rare disease caused by a build-up of an abnormal protein called amyloid in organs and tissues throughout the body.

The Supreme Court had, during a case hearing this month, ordered former president Pervez Musharraf to appear before a special court otherwise he would lose the right of defence.

A three-member bench of the apex court headed by Chief Justice Asif Saeed Khosa was hearing a petition filed by a lawyer, Taufeeq Asif, who highlighted that the proceedings of the treason case had come to a halt due to the absence of Musharraf who had not returned to the country since 2016.

The top court announced that if Musharraf does not appear before the special court on May 2, he would lose his right to record a statement under Section 342 of the Code of Criminal Procedures (CrPC) and the court should give its decision based on the prosecution’s arguments.