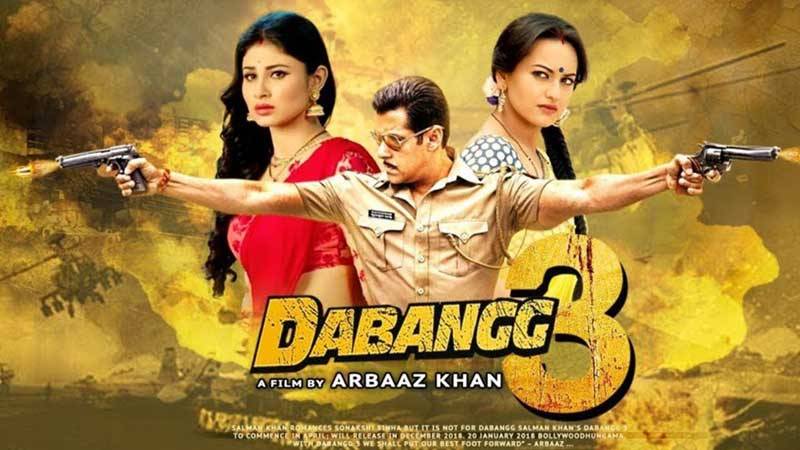 Salman Khan made the official announcement for the release of Dabangg 3 by sharing a teaser poster on his Instagram with the caption ‘Chulbul is back…..#Dabangg 3’.

This will be the first Dabangg film after 2012’s Dabangg 2. Prabhudheva is directing the threequel. He also helmed Salman’s Wanted.

Salman’s brother Arbaaz Khan, who directed the last film in the series and is co-producing Dabangg 3, told indianexpress.com earlier, “I was very surprised when I went on the first day of the shoot. Salman has done a lot of work after Dabangg 2. It has been seven years, but the moment he put on that moustache and gave the first shot, I thought this man lives this character. He just lives it.”

He added, “It didn’t take him a second to get the same attitude and dialect. It was perfect. I was like, ‘Wow, this guy has made this character his own’.”

Arbaaz Khan also said he is “conscious” of fan expectations regarding the series and Salman’s character Chulbul. He said, “We know this is a very loved franchise and Chulbul Pandey is a very loved character. We know that there is a big loyalty base. We will leave no stone unturned to make the audience feel that they have got something fresh, new and exciting. We are very conscious of it.”

The original Dabangg was released back in 201o.

Are you excited to watch Salman Khan's upcoming thriller movie? We are for sure.