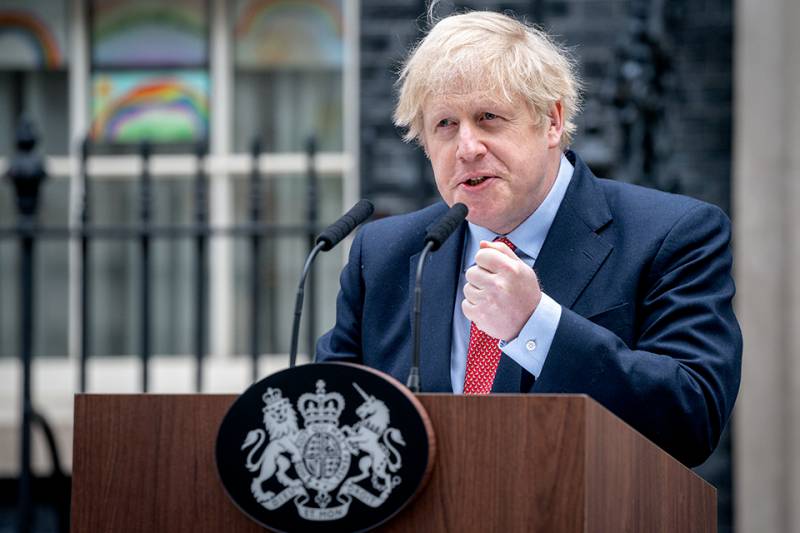 LONDON - British Prime Minister Borish Johnson, who has recovered from novel cornanvirus infection, on Monday took control of his government during the difficult times caused by the pandemic that has killed over 20,000 people in the UK.

Johnson returned to work after three weeks of fighting off COVID-19 that sent him to intensive care unit for three days earlier this month.

He faced slew of officials meetings to discuss the situation about the coronavirus lockdown that inflicted heavy losses to the economy, besides triggering unemployment in the country.

The world's first known leader, who contracted coronavirus, also made a statement in 10 Downing Street to outline the ways to tackle the disease.

In his first statement since his illness, Johnson said: “I am sorry I have been away from my desk for much longer than” and thanked people who played active role during the days of his absence.

Appreciating public for fighting against the virus, he said: “…it is still true that this is the biggest single challenge this country has faced since the war”.

He acknowledged that restrictions are hard to bear but warned that the country was at "the moment of maximum risk".

He called for continued the ongoing restriction in order to avoid the second spike of infection in the country. The government is set to review the lockdown measures against on May 7.

He also shared his personal experience, “If this virus were a physical assailant, an unexpected and invisible mugger, which I can tell you from personal experience it is, then this is the moment when we are beginning to wrestle it to the floor”.

“I want to get this economy moving as fast as I can but I refuse to throw away all the effort and the sacrifice of the British people and to risk a second major outbreak and huge loss of life and the overwhelming of the NHS and I ask you to contain your impatience because I believe we are coming now to the end of the first phase of this conflict”.

The number of coronavirus cases has crossed 150,000 in the UK and more than 20,000 people with the virus have now died.

Experts fear the actual number of cases to be much higher as the country has tested only half a million people for the infection.