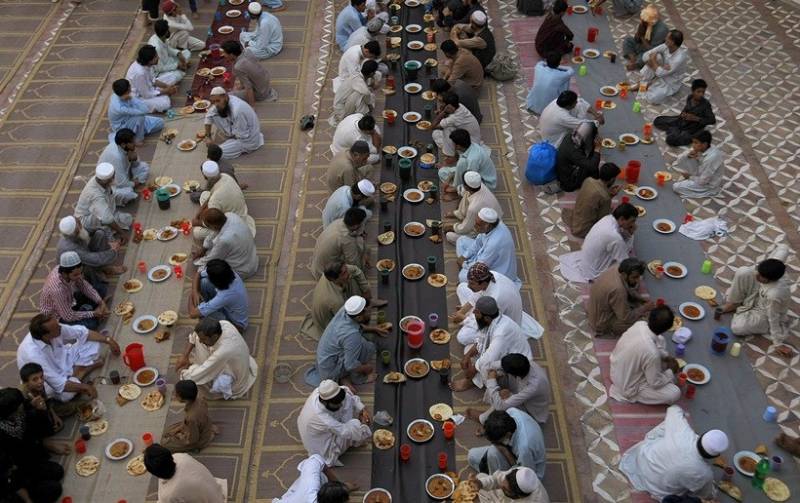 KARACHI – Muslims can pay Rs100 per head as Fitra if they want to make the payment on the basis of wheat flour price, Chairman of Central Ruet-i-Hilal Committee Mufti Munibur Rehman announced on Monday.

Zakat al-Fitra is an obligatory act in Islamic jurisprudence which means to give charity to the needy, by certain amount and method of calculation, on the day of Eid al-Fitr.

According to a press release, Mufti Muneeb said according to the market price of 2.25 kilograms of flour, the amount for Fitrana was calculated as Rs 100 per head and those using Chaki Flour should pay Rs125 per head as Fitrana.

A Muslim, who possesses food in excess of his needs, must pay Sadqa-e-Fitr before the Eid prayers. If the person is a breadwinner, he should also pay Sadqa-e-Fitr for his dependants, such as wife, children, dependent relatives or servants.

Mufti Muneeb also advised the people to pay the amount to the poor before Eid-ul-Fitr so that they could also celebrate the festival. The most deserving people for Sadqa-e-Fitr are close relatives followed by neighbours and the poor.

Mufti Munibur Rehman said real spirit of Fitr and Fidya was two-time meal of a destitute person, so it was better to pay the meal cost of a hotel. However, those who were wealthier, they should try to pay more to extend assistance to the poor in this time of coronavirus, he added.

Like other parts of the world, Muslims in Pakistan are celebrating the holiest month of Ramazan by fasting, praying and giving to charity. This is the month in which the first verses of the holy Quran were revealed to Prophet Muhammad (PBUH) more than 1,400 years ago.

Fasting from dawn to dusk in this month is one of the five main pillars of Islam. This year Ramazan, which is the ninth month in the Islamic calendar, began on April 25 (Saturday). At the end of Ramazan, Muslims celebrate the Eid al-Fitr holiday.