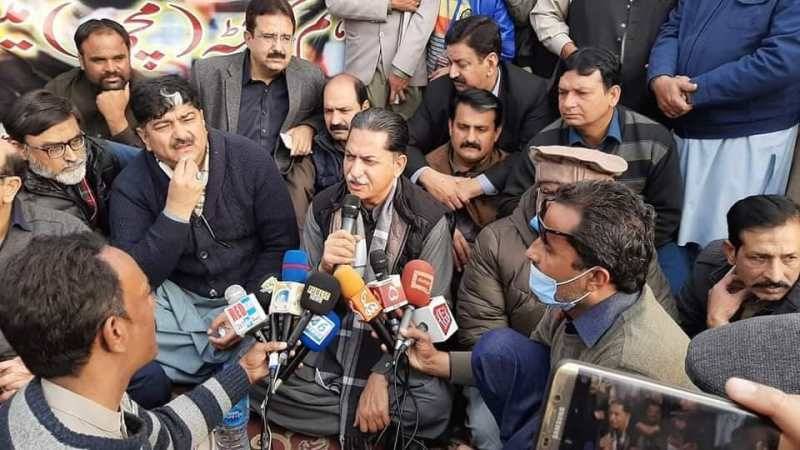 LAHORE – Pakistan Muslim League Nawaz MNA Javed Latif Tuesday arrested after a sessions court rejected his bail petition in a case registered against him on charges of inciting people against state institutions.

The opposition party leader appeared before the court as additional sessions judge Wajid Minhas resumed the hearing. The court reserved the verdict on his bail plea after which Latif left the court premises before the verdict was announced. The Crime Investigation Agency (CIA) arrested him later near Saggian Bridge.

Meanwhile, the public prosecutor argued that the PML-N leader's controversial statement was equivalent to overstepping the bounds of love for his leader. The prosecution's case is in accordance with all the requirements of the law, and at this stage, he does not have a basis to obtain bail, the prosecutor added.

Earlier in March, Latif was booked on charges of treason, and a case was registered on the complaint of a citizen. He was charged under sections 120B [Punishment of criminal conspiracy], 153A [Promoting enmity between different groups], 505(1) B [Statements conducing to public mischief], and 506 [Punishment for criminal intimidation] of the Pakistan Penal Code.

Sections of the Preventions of Electronic Crimes Act, 2016 were also included in the cases against him.