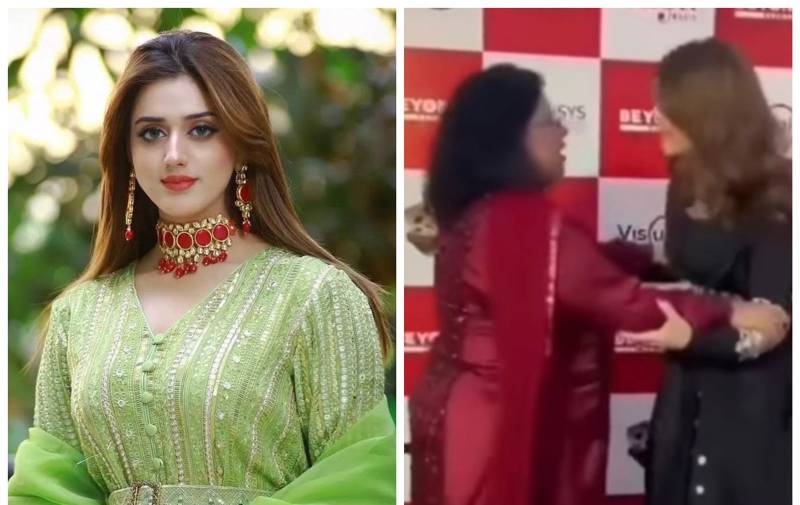 TikTok star Jannat Mirza has got the population fixated on her escapades and now the beauty is ruling hearts due to her quick wit, humour and unmissable charm.

This time around, the beautiful social media sensation was spotted promoting her upcoming film Tere Bajre di Rakhi which is all set to be released on Eid ul Fitr.

However, Mirza and popular singer Shazia Manzoor faced an unpleasant situation. Shazia was about to fall when Janat intervened and saved her.

After avoiding the fall, Shazia stated that she was going to fall even though she is the one who has brought down other powerful people. As soon as the video went viral, netizens claimed that the duo pretty much mimicked Alizeh Shah's ramp fall with Manzoor.

Shazia Manzoor is a well-known and well-known Punjabi singer. Her singing, particularly in the year 2003, was lauded by the general audience.

Earlier, Shazia was singing on the ramp with Alizay Shah, who was modelling at the moment, and Alizay was about to tumble, but Shazia saved her. This video spread like wildfire on social media.