US congresswoman calls for de-escalation, restoration of communication in occupied Kashmir 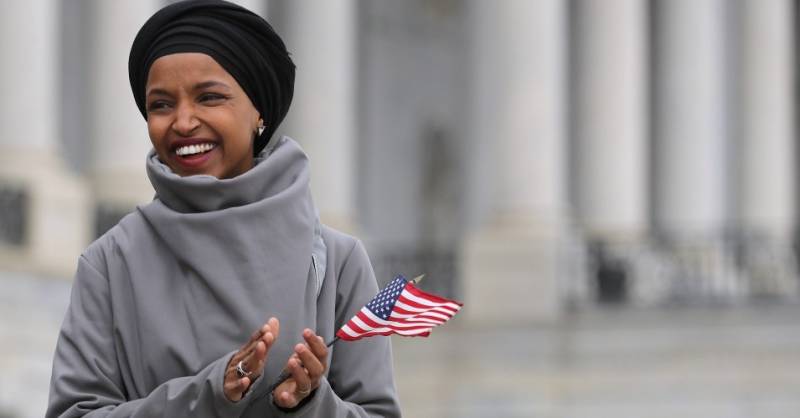 WASHINGTON - United States congresswoman Ilhan Omar called for de-escalation and an "immediate restoration of communication" in occupied Kashmir on Tuesday.

In a tweet, Ilhan Omar stressed that international organizations should be allowed to fully document what is happening on the ground.

We should be calling for an immediate restoration of communication; respect for human rights, democratic norms, and religious freedom; and de-escalation in Kashmir.

International organizations should be allowed to fully document what is happening on the ground.

The tweet comes a day after a meeting between US President Donald Trump and Indian Prime Minister Narendra Modi in France.

US President Donald Trump had earlier offered to mediate on Kashmir , however, he apparently backtracked on his offer as he held a meeting with Modi on the sidelines of a G7 summit.

After the meeting, Trump said that India and Pakistan could handle their dispute over occupied Kashmir on their own, but he was there should they need him.

"We spoke last night about Kashmir , prime minister really feels he has it under control. They speak with Pakistan and I'm sure that they will be able to do something that will be very good," the US president had told reporters.

The situation in occupied Kashmir has been tense as India revoked the special status granted to the valley and repealed Article 370 of the constitution.

The Indian government also imposed a strict lockdown and communications blackout in the region which has entered 23rd day today (Tuesday).