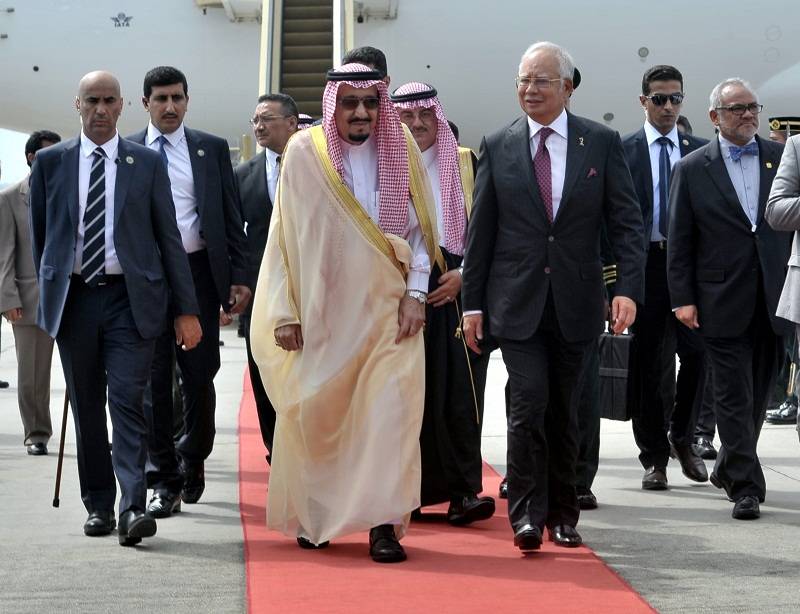 The king accompanied by a 600 strong entourage was received by an honour guard and Malaysian Prime Minister Najib Razak as he kicked off a four-day official visit to the South-east Asian country.

This is Salman’s first visit to Muslim-majority Malaysia since he took the throne in January 2015. The last Saudi monarch to visit was his predecessor, King Abdullah, who visited in 2006.

The inaugural visit to Malaysia of King Salman is at the invitation of the Yang di-Pertuan Agong Sultan Muhammad V.

King Salman also plans to visit Indonesia, Brunei, Japan, China, the Maldives and Jordan to meet with the leaders of those countries for discussing bilateral relations and international issues of common concern.

According to sources, a 600-strong delegation will accompany the king on his four-day visit to Malaysia, where cooperation on energy developments will be on the agenda.

Relations between the two countries have been in the spotlight over the last two years after Saudi Arabia was dragged into a multi-billion dollar corruption scandal at Malaysian state fund founded by Najibalthoguh Najib refutes such allegations.