Shehbaz: The spear of Pakistan 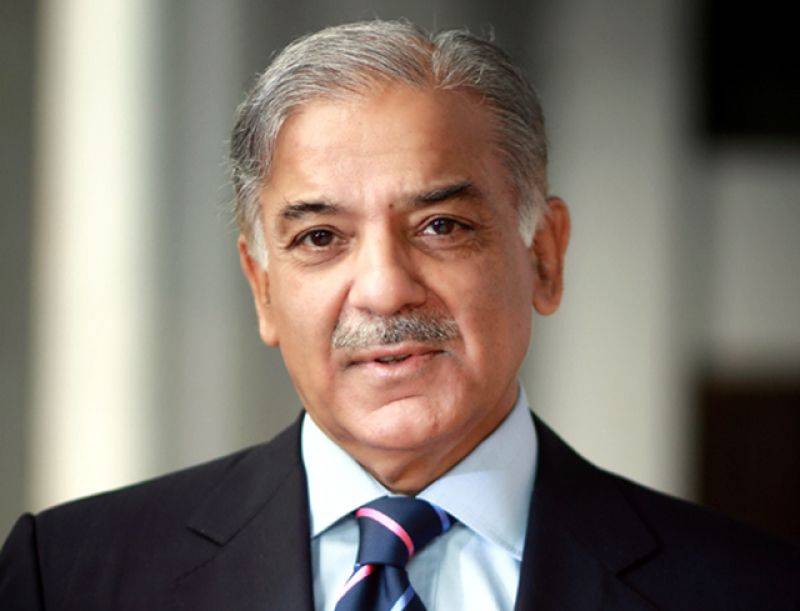 Nations have emerged, grown and transformed themselves into superpowers with one specific catalyst and that is dynamic leadership. Over the course of history, we have seen the world transform and powers shift.

Babylon and Rome once being the superpowers lost at the feet of the Arabs who after ruling half of the world for centuries were taken over by the British monarchs who were eventually pulled down by their own colonies.

This tug of war and power shift has taught a number of lessons to the entire humanity but the highlight and the point common in the entire history is the role of leaders. All the battles, the conquests, expansions and lustrous rains are examples of phenomenal leadership.

Coming to another spectacle of national growth, China and post World War 2 Japan are clear examples of commendable leadership. Chairman Mao took out his nation from the pits of disparity and Oda Nobunaga unified war-affected Japan. Today one is an economic superpower and the other is leading the world in technology.

Not forgetting our own country, Pakistan is a result of the dynamic leadership of Quaid e Azam who carved a separate homeland for one of the most suppressed people of his times.

Unfortunately, after his death this nation failed to produce a personality as thorough and as honest as he was. Having said that, though we don’t have the leadership of Quaid anymore but we have is footsteps which are only being followed by one person, CM Punjab, Mian Muhammad Shehbaz Sharif.

The only person who actually adopted Quaid’s vision and his motto of “Work, Work and Work”.  His day in, day out efforts, rigorous brawls and scuffles against all odds have earned him a reputation of being the most proactive leader of Pakistan.

Whatever the government had promised to deliver in 2013 till the term end, has already been delivered way before the deadline, be it the energy sector or the education sector, health or security everything is spot on and intact as compared to the previous government. Today Punjab is a model province for all the other provinces of Pakistan.

Talking about the power sector starting from the Bhikki Power project having a capacity of 1180 MW, 717 MW is contributed in the national grid. Punjab government is producing 760 MW from Havaili Bahadurshah power plant and 1000 MW from Laal Sohanra Solar Park Bahawalpur.

The quantum of electricity added to the national grid from March 23, 2013, to March 13, 2017, was 3582.80 MW.  In terms of our national production and contribution, Punjab is the major contributor of electricity in the National Grid, whereas the other provinces lack big time in this regard.

Coming to the education sector, Danish schools project has changed the lives of thousands of children whose first batch is now in the tear of higher education and will be passing out by the mid of next year. Not only this but also job placement is what the government will be providing to these children.

CM has also played an important role in portraying Pakistan’s national image as a peaceful state by hosting the final of PSL and world eleven’s three-match series in Lahore.

A country which was craving for international cricket for the past eight years was gifted by him. Not only did this promote Punjab as a province having foolproof security but internationally shaped the image of Pakistan as being a safe country for international events.

CM’s performances have given him the reputation of being an international leader for which we see his frequent inputs throughout the CPEC projects where the Chinese leaders after meeting the Prime Minister insist to have detailed meetings with Shehbaz Sharif.

He was also specially invited at the One Belt One Road (OBOR) conference where the entire global leadership was present. On his visit to China he was named “Shehbaz Speed” because of his speedy completion of projects. This title was given to him by a Chinese diplomat acknowledging the completion of Sahival Coal project way before the deadline. It was stated that the entire world takes China as the precedent of speed in terms of project completion whereas Shehbaz Sharif is creating new benchmarks for them.

Due to his proactive attitude and vision of taking Pakistan in the league of developed countries, he is the only head of the province who has been invited in conferences like OBOR and OIC where only head of the states are invited.

Talking about Palestine, putting forth the agenda of Jerusalem not to be the capital of Israel was a clear depiction of his solicitousness on foreign affairs and confronting Trump heads on with his diplomatic genius.

Shehbaz Shareef in his outstanding efforts of deliverance is acknowledged by authors and writers in books and news editorials. His efforts have forced his critics to praise his achievements.  In the book governing the ungoverned Dr. Ishrat Hussain has given an analogy of PMLN and Shehbaz Sharif with the last tenure of PPP.

The main reason he quotes for PMLN coming in power is the deliverance in Punjab by CM Shehbaz in 2008- 20013 tenure. The crises in which PPP left the country were not less than a nightmare for any government but Punjab being the biggest province supplemented the national economy and pulled out the country from disparity.

Making Punjab a role model to follow for other provinces, CM carried out reforms in health, education, infrastructure, transport, solid waste management and energy sector all through the art of his manifesto of good governance. He exercised merit in all fields and improved the public sector by taking inspiration from the corporate sector and incorporated systems to make public sector more efficient.

After analyzing the performance and potential of the Chief Minister, it is evident that he is not only giving his best domestically but is also carving ways for Pakistan by presenting himself on all fronts.

On one hand giving a message of peace, harmony and tranquillity and on the other hand taking the international powers heads on when it comes to the integrity of entire Muslim Umma. This destines him of not only being the head of a province but something great compared to his potential and vision.