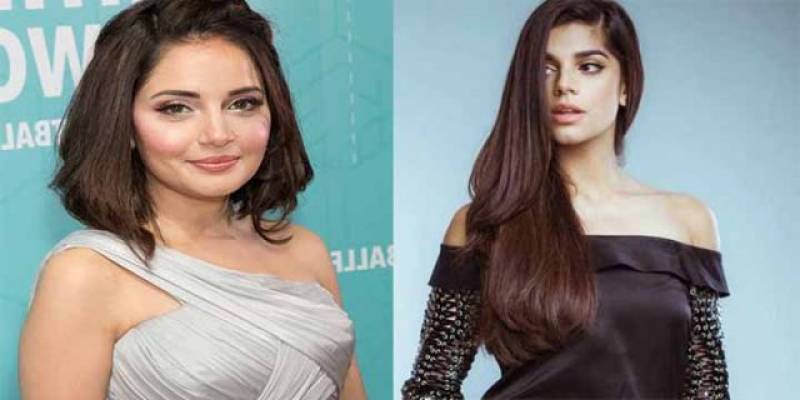 The recent initiative of Indian celebrities to glorify war is being widely criticized by Pakistanis.

A number of Pakistani celebrities are also coming forward to express their anger over the situations and aren’t shying away from bashing Bollywood celebrities for promoting war.

Pakistani star Armeena Rana Khan called out Bollywood actor Priyanka Chopra for lauding the Indian Armed Forces as they breached the Pakistani air space and rooted for war, reminding her that she had been a Goodwill Ambassador for United Nations International Children’s Emergency Fund (UNICEF).

WHAT?!!! But aren’t you supposed to be a Good Will ambassador for @UNICEF? Screen shot this everyone and next time she speaks up for peace and goodwill. Let’s remind her of this hypocrisy. https://t.co/Jew88bMtYv

Sanam Saeed also agreed in response and showed her disapproval over Priyanka’s tweet. 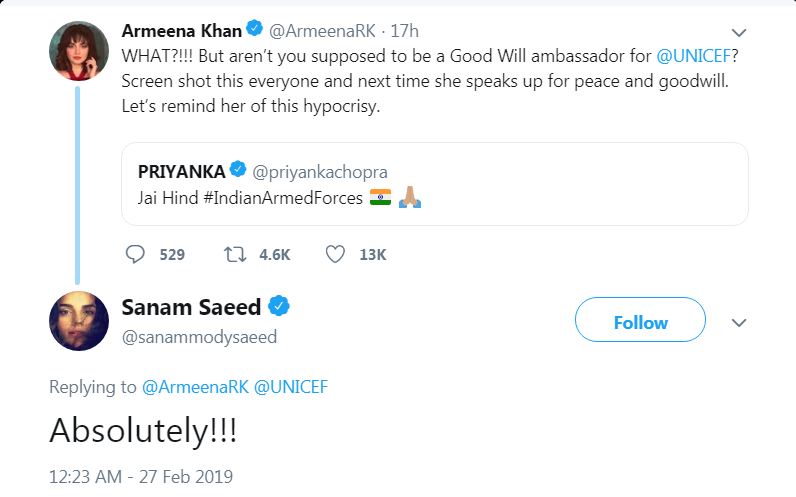 Armeena Rana Khan also posted several tweets where she specifically tweeted against Bollywood stars who are promoting war and are against Indo-Pak peace!

I’m watching SOME of these “Bollywood” accounts in dismay, glorifying war (people should take note) In the future, these particular individuals shouldn’t be allowed to preach peace to the world. Artists are supposed to be sane, pacifying voices. ??‍♀️ #theinternetneverforgets

“It is easy to advocate peace whilst the sun shines. When the storm rages, it is then your character, principles & values are tested. Will you turn your face into the wind and stand by what is right or will history find you wanting?” - Me #peace #saynotowar ❤️??