Pakistan was left with no option but to hit back: DG ISPR 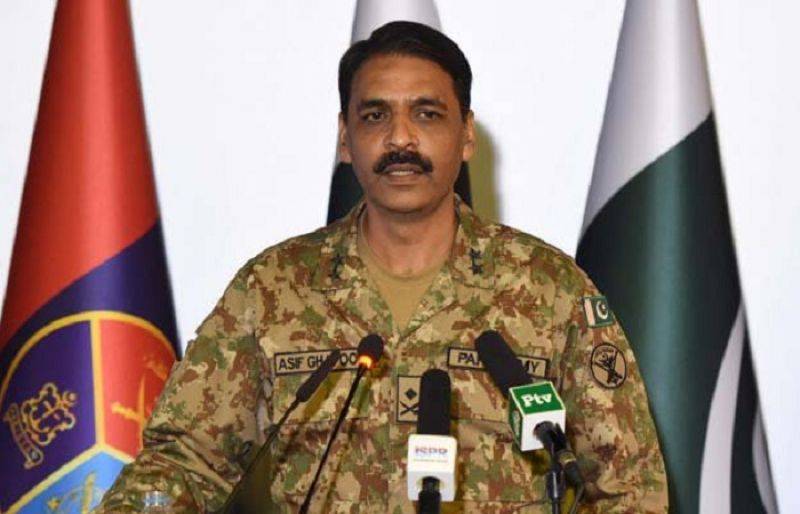 LAHORE – Director General of the Inter-Services Public Relations (ISPR) Major General Asif Ghafoor said that Pakistan was left no option but to hit back, after the Indian aggression across the Line of Control (LoC).

Pakistan Military spokesperson said that the Pakistan army arrested two Indian pilots on grounds, one injured pilot has been shifted to the CMH, where is under medical treatment, while the other one is under custody.

Major General Asif Ghafoor said that Pakistan has the capability to respond to Indian aggression, but does not want war.

"Pakistan is not pushing towards the environment of war," he said.

"Since today morning activity has been ongoing at LoC. This morning PAF engaged six targets across LoC from within Pakistani airspace," he said.

He said that Pakistan Air Force took the action in self-defence, adding that war is no solution to any problem.

While rejecting the Indian media claims to shot down Pakistan's f-16 jet, Major General Ghafoor said that Pakistan did not utilise its F-16 jets in the action at all.

Major General Ghafoor said that "Pakistan's armed forces have the capability, will, resolve and nation’s support. But because we are a responsible state and want peace, we decided first of all that we won’t take any military targets."

He said that avoiding collateral damage was PAF's preference.

"Pakistan wants de-escalation," he said, adding that the international community should take notice of the Indian aggression across the LoC.

Earlier today, in a tweet the Pakistan military spokesperson said that the IAF crossed the Line of Control (LoC) and the PAF shot down two of their aircraft inside Pakistani airspace.

Yesterday, Indian military aircraft violated the LoC after they intruded from the Muzaffarabad sector and were forced to return owing to the timely response of the PAF.