‘We didn’t even use our F-16s,’ Pakistan Army rubbishes Indian media’s attempts to deflect from real news 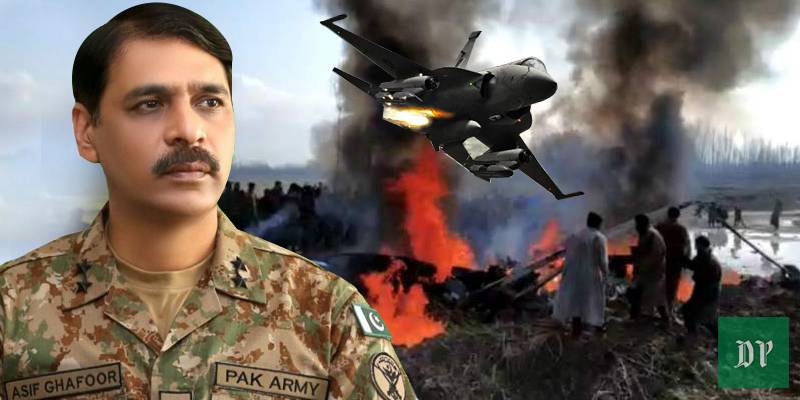 The military spokesman also clarified that no F-16 of Pakistan was shot down in this action contrary to some reports by Indian media. The F-16 jets were not even engaged in this action.

In a tweet, he said the Indian Airforce had crossed the Line of Control. One of the aircraft fell inside Azad Jammu and Kashmir while others fell inside Indian occupied Kashmir.

Pakistan Air Force on Wednesday undertook strikes across the Line of Control from within Pakistani airspace.

Later at a media briefing on Wednesday, the military spokesman said Pakistan armed forces and PAF had no option but to give a response to Indian aggression committed by it yesterday.

“Pakistan today showed that it has the capability and will to respond to any aggression but it will exercise restraint to avoid escalating the situation,” Ghafoor said

Giving details, the DG ISPR informed that Pakistan Air Force engaged six targets from across the Line of Control in Occupied Kashmir this morning.

He said Pak armed forces have the capability, will, resolve, people backing and all resources. But “being a responsible state, we decided that we will not aim any military target”.

“We also wanted to ensure that no human loss or collateral damage is done during our engaging the targets. He said we selected six targets but we hit the areas close to them while keeping a safe distance, in order to demonstrate our capability. This action was purely in self-defence and with no aggressive designs.”

Major General Asif Ghafoor said after taking the targets, two aircraft of Indian Air Force violated LoC and entered into Pakistani territory. PAF engaged them and both of these were shot down, with debris of one falling inside our territory and the other in Indian Occupied Kashmir. Two Indian pilots were taken into custody and they are being treated well. One is injured and is being provided with proper medical care.

Meanwhile, a video has been released by the Pakistani Army that shows the identity and the surrounding information regarding the Indian pilots.

"My name is Wing Commander Abhinandan and my service number is 27981," the Indian pilot can be heard revealing his basic details in the video.

Indian authorities have also confirmed the pilot, who is the son of a retired air marshal, has not returned to the Indian air base after the sortie.