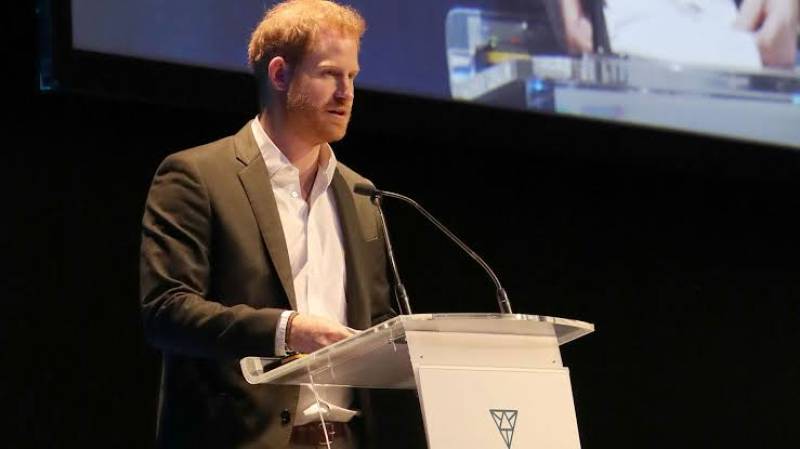 Prince Harry is embracing some major changes during his current visit to the U.K.—including one to his name.

Prince Harry appeared at the Travalyst Sustainable Tourism Summit in Edinburgh, Scotland on Wednesday where he spoke to attendees, but first he had a request.

The Daily Mail reports that before the Duke of Sussex spoke, the host, Ayesha Hazarika, told the crowd that Harry wanted to be addressed to only by his first name.

“He’s made it clear that we are all just to call him Harry,’’ conference host Ayesha Hazarika announced before he took the stage. “So ladies and gentlemen, please give a big, warm Scottish welcome to Harry.”

During the speech, Harry didn't mention anything about the couple's decision to relinquish their roles as senior members of the royal family and move to North America, but instead, stayed solely on the topic of sustainable travel.

Harry and Meghan will join the queen on March 9 for a Commonwealth Day service at Westminster Abbey, which is expected to be their last official appearance as working royals.