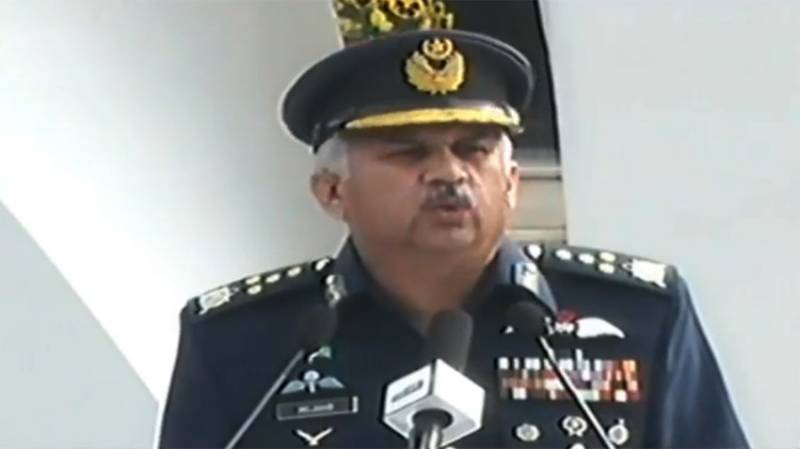 ISLAMABAD - Air Chief Marshal, Mujahid Anwar Khan has said that Pakistan Air Force along with other services is fully prepared to counter any threat to the country.

While addressing a ceremony held in connection with Surprise Day in Islamabad on Thursday (27th February), he said we will not make any compromise on the sovereignty and territorial integrity of Pakistan.

The Air Chief said Pakistan Air Force is professionally second to none and the force proved its professional superiority on this day last year during Operation Swift Retort.

He said we stood as an integrated force that is hard-hitting and focused on its mission.

Mujahid Anwar Khan said Pakistan Air Force is one of the most respected and responsible air force of a peace-loving country.

He pointed out that prior to the Indian aggression; our leadership had made it amply clear that no misadventure will ever go un-responded.

He said responding to the aggressor is our compulsion and we reiterate that commitment once again today.

The Air Chief said Pakistan remains committed to the just cause of Kashmiri people for their right to self-determination, the Radio Pakistan reported.

On the occasion, the fighter jets of Pakistan Air Force also presented a splendid fly past amidst the applause of the audience.