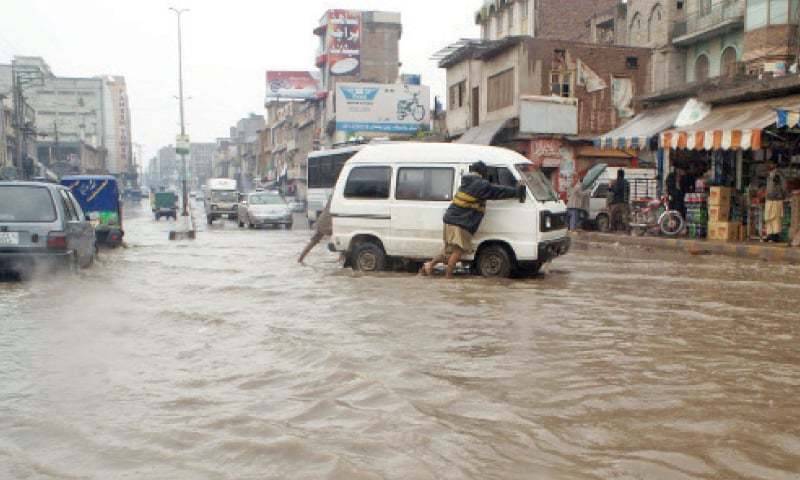 LAHORE - As many as five people died as widespread rains and thunderstorms lashed different cities of Punjab on Wednesday including Rawalpindi, Islamabad, Faisalabad, Gujranwala divisions and Kashmir.

Rescue officials in Rawalpindi have been alerted of the heightened flood risk, as well.

The Pakistan Meteorological department has predicted more rain falls in upper Punjab, KPK, FATA during the next 8 hours.

Temperature of some major cities in Centigrade recorded on Wednesday morning: