In this unique part of Pakistan, proposing to a girl involves a gun and lots of bullets 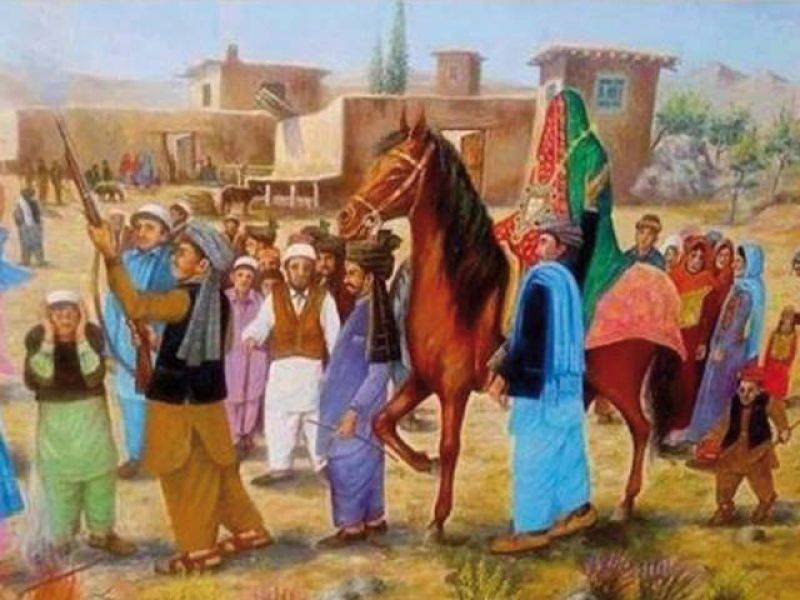 WANA - Pakistan's remote Tribal Areas, of which Waziristan is an essential part, have scores of quaint traditions that would give pause to many in the cities, but nothing as unexpected as their marriage rituals, which involve firing a gun loaded with lots of bullets.

Marriage rituals in Waziristan stem from an unwritten code of conduct or custom. This is locally known as “Wazirwalla” or “Wazir qanun”. Since time immemorial, all tribes from the region have sworn allegiance to these customs and have patterned their lives according to a cluster of deeply-rooted traditions.

Under this unwritten code, young men from noble families can choose a girl from any family once they obtain consent from their parents.

The first step is to choose the right girl. This elaborate process is known as Zagh pa Waka. More often than not, a boy expresses an interest in marrying a girl by firing aerial shots outside her house. This is only done if the girl’s consent in the matter is already known. If the girl rejects the proposal and a boy remains adamant, it could trigger a blood feud. As a result, boys are asked to be careful in this regard.

Once the boy selects his spouse, a series of wedding rituals ensue. The first ritual is the Losnewai or the engagement. Both families decide on a date for the engagement. This usually takes place at a market. On the day of the engagement, the bridegroom’s family indulges in celebratory firing.

Ganr Khat is an embroidered dress worn by the bride. Although both families are expected to stitch clothes, the dress prepared by the bridegroom’s side must be particularly special as it has to be worn on the wedding day. Women from both sides of the family prepare the attire while singing folk songs.

Once the dresses have been prepared, they are put on display against a chorus of singing and dancing. This ceremony, known as Sahdarra, usually takes place on Monday or Thursday.

A large feast is held and this is followed by a night of celebration. Amid these celebrations, Baragai Attan – a combined dance for men and women – is performed on the beat of folk songs. The dance takes place around a large fire.

Throughout these celebrations, the groom is not present. He remains at his house and patiently awaits the arrival of his bride.

Once the bride is plucked out of her childhood home and brought to her husband’s house, she is made to sit in a room for the next three days. A large number of relatives visit her and she gradually becomes comfortable in her new surroundings.

On the third day, the bride is sent to fetch some water from the well with the other village girls. The same evening, a maulvi performs a nikah and gets to see her future husband.

Gul Badshah, a tribal elder, said the wedding celebrations used to bring joy to the lives of all and sundry.

Change has crept into life in Waziristan and long-standing rituals and customs have been eroded. Only tiny pockets of Waziristanis who live in villages in mountainous have elaborate wedding celebrations. Over time, weddings have become quiet affairs.

Nowadays, the bridegroom’s family mostly takes the Ganr Khat to the bride’s home during the day and leave after being served tea and refreshments. There is very little singing and dancing.

A large number of rituals have faded away owing to time and security constraints. The recent wave of radicalism has also dealt a critical blow to the customs.

“We are living in a new Waziristan,” Badshah said, “Marriage has lost its joy and colour. The beauty of the past is lost.”