VIDEO: Baby dolphin dies after beach-goers pull it for SELFIES 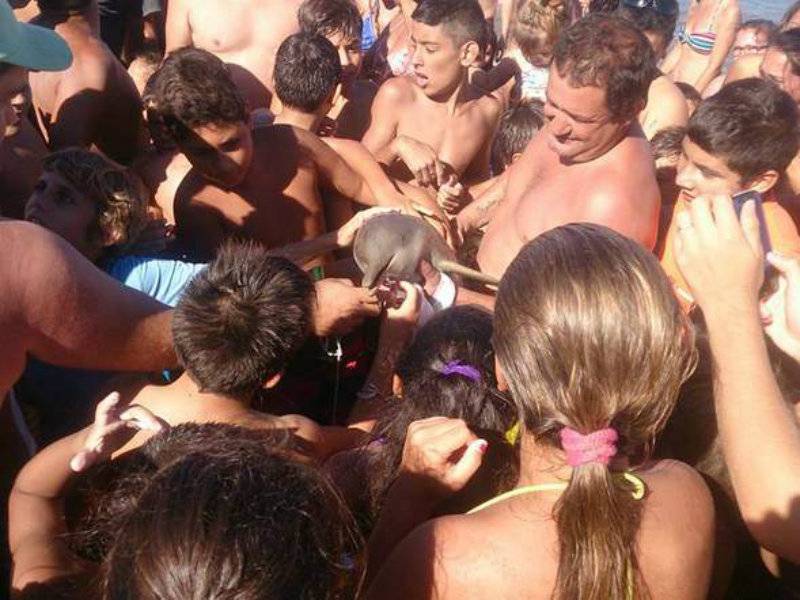 BUENOS AIRES (Web Desk) - A young dolphin died after beach-goers pulled it out from the water to pose for photographs with it.

Huge crowds gathered around the small animal on the beach resort at Santa Teresita in Argentina after one man picked it up. But it appears it quickly overheated and died while out of the water.

It was still being passed around by the beachgoers after its death and was later left discarded in the sand, Sky News reported.

The dolphin was from the La Plata - also known as the Franciscana - variety, found off the coasts of Argentina, Uruguay and Brazil.

It is considered a "vulnerable" species because there are only about 30,000 left in the world.

The Argentine Wildlife Foundation later issued a reminder to the public of the mammal's extreme vulnerability, hoping it will prevent such a sad event again.