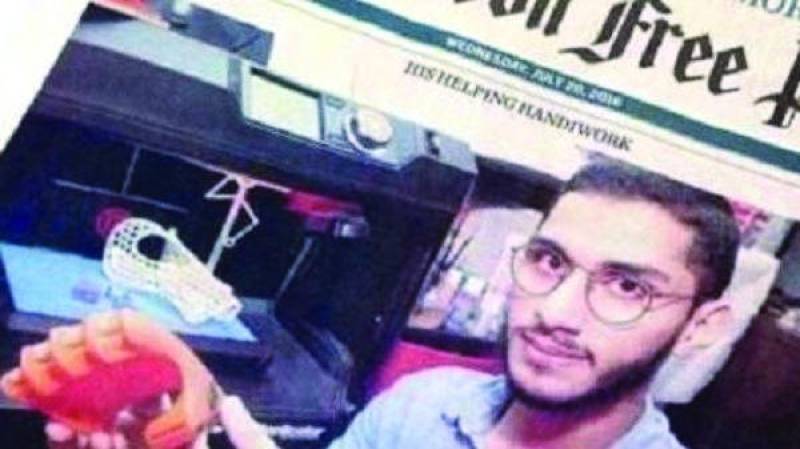 RIYADH - A Saudi student is being applauded by the international community in general and Canada in particular for his latest invention, intended to make the lives of children war victims easier.

The 23 year old Maaz bin Nabil Abu Aisha, who is studying computer and intelligent systems, has designed and made artificial limbs for children who are victims of wars and conflicts.

Owing to his efforts to serve war-affected humanity, many Canadian newspapers are now interviewing the computer genius.

Abu Aisha, who is currently a student at Ontario’s Western University, said that he chose this path to help children who are victims of war. These artificial limbs are expensive because they have to be fabricated in standards specific to each person.

Speaking on the obstacles he faced,Abu Aisha said that along with numerous challenges, handling finances for the project had been extremely difficult. The aspiring genius had to sacrifice his belongings to pursue his ambition.

Nabil who crafted the artificial limbs using 3D printing technology is now being approached by humanitarian organisations to benefit from his innovation, which are needed in a number of war torn territories including Syria.