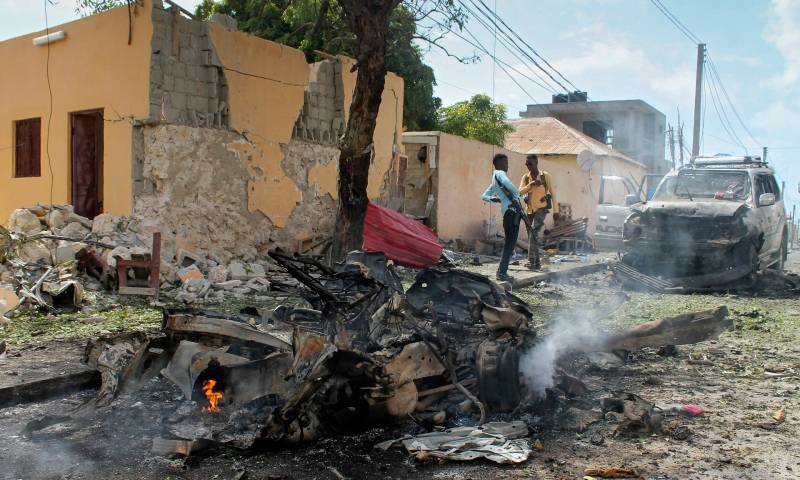 MOGADISHU - At least 13 persons died and 12 were injured in two bomb blasts that rocked the gates of African Union's main peacekeeping base (AMISOM) in the Somalian capital yesterday.

Islamist militants of Al-Shabab, which has close links to Al-Qaeda, has claimed responsibility for the attacks. The group has formed a resistance against the UN-backed Somalian government and want the country to be run according to sharia law.

Guards escorting UN personnel into the Halane base were also caught in the blast.

According to the police, the first suicide bomber detonated the car he was in while the second one ran towards the gate on foot and exploded upon getting shot.

The blasts were so powerful that they shattered windows of a nearby airport, showering the passengers with pieces to the point where flights had to be suspended.

AMISOM is a small peacekeeping force, consisting 22,000 military personnel from Uganda, Kenya, Ethiopia and other African countries, which is being used to support the Somalian government and army. Al-Shabab conducts regular attack against AMISOM in attempts to topple the western backed government.

US supports Somalia in the fight against these 'despicable acts of terrorism that seek to destabilize' the country, said Ned prince, a spokesman for the White House, in a statement.