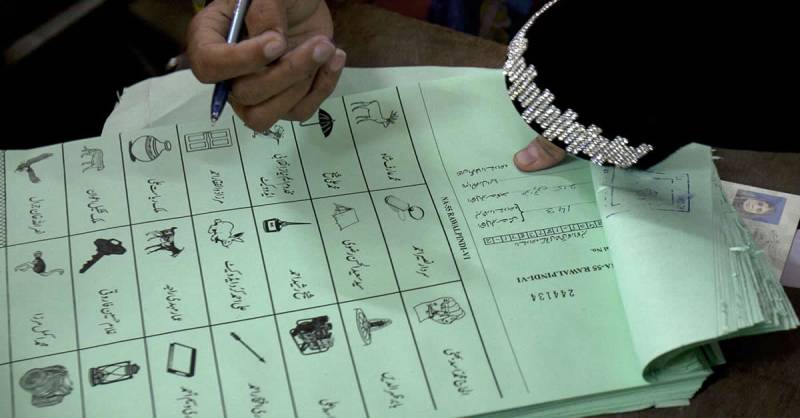 ISLAMABAD - The Election Commission of Pakistan has not released the official results for nine seats of the National Assembly, two days after the conclusion of 11th General Elections.

As many as 270 seats were up for elections with Pakistan Tehreek-e-Insaf leading the race on 120 seats leaving behind Pakistan Muslim League Nawaz which is trailing behind with 64 seats.

The constituencies for which the ECP will schedule elections are NA-60 from Rawalpindi and NA-103 from Faisalabad city of Punjab.

With the party position in mind, it is sure shot that Pakistan Tehreek-e-Insaf will form government at the federal level as well as in Khyber Pakhtunkhwa.

Punjab is to become the battlefield as PTI and PMLN are in a cut-throat competition and the independent candidates would decide as to who would form the government.

Pakistan Peoples Party is set to take over reins of Sindh as it is leading with a landslide margin.