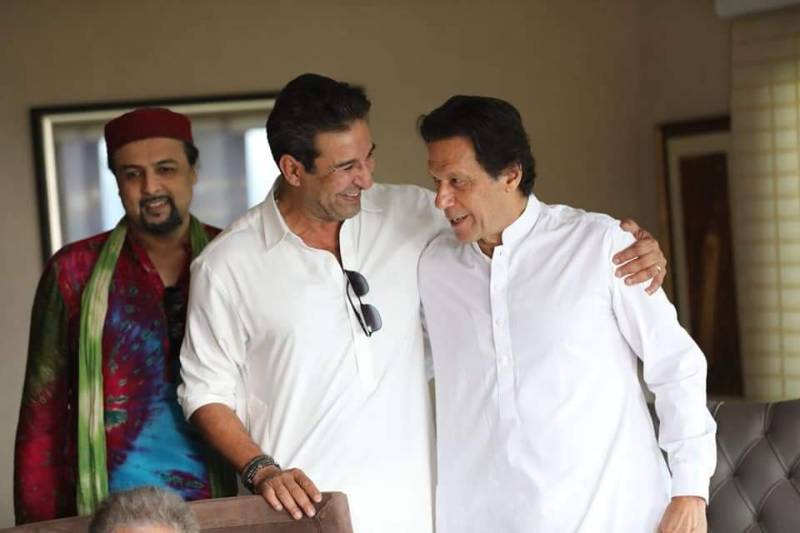 ISLAMABAD - The electoral victory of Pakistan Tehreek-e-Insaf in the 11th general Elections is set to shake up the institutional structure of Pakistan with major changes in the top brass of state-owned institutions including Pakistan Cricket Board (PCB).

As Imran Khan is sure to take charge as the next Prime Minister of the country, his long-time friend Wasim Akram is expected to take over the reins of country's cricket board, the PCB.

Currently, Najam Sethi, a veteran journalist is the PCB chief, however, Imran's rise to power has paved way for the left-arm bowler to take control of PCB, which would definitely be reshuffled owing to Imran Khan's cricketing past.

Akram's selection as the next PCB chief was also confirmed by one of his family member in a conversation with a sports portal.

“Yes, Wasim is the front runner for becoming next PCB chairperson. He’s been associated with Imran Khan since both legends used to play cricket for Pakistan and now both ready to take the country on new heights,” a family member was quoted as saying by Sports Mirchi.

Sethi was appointed as the PCB chief by former premier Nawaz Sharif and he also faced the axe of superior courts, however, he consolidated his position after amending the PCB's constitution.

With Imran Khan at the PM House, Sethi is unlikely to keep serving the cricket board as he has been a critique of Imran Khan and had been alleged to favour PML-N in the last General Elections of 2008.

Wasim Akram has played under the leadership of Imran Khan and had also bagged support of the public for the cricketer before the elections. He also dashed to Imran's Bani Gala residence to congratulate him on the thumping victory in the elections.