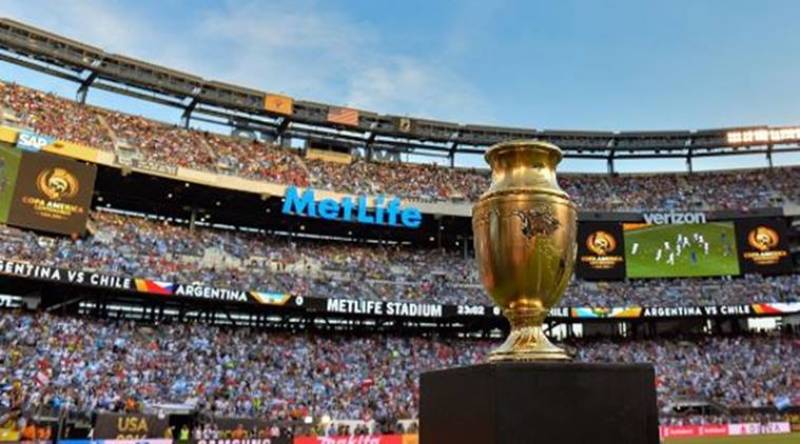 Messi blazed a penalty over the bar in the shoot-out before Lucas Biglia missed to leave Chile's Francisco Silva with the task of stroking home the winning spot-kick at the MetLife Stadium.

It was a carbon copy of last year's Copa America final, also won by Chile on penalties after a goalless draw. Argentina's players meanwhile were left disconsolate as they digested a third defeat in a major final following losses to Germany in the 2014 World Cup and Chile in last year's Copa.

The defeat also ensured Argentina's 23-year wait for a major title - and a first for five-time world player of the year Messi - continued.

The final had gone to penalties after finishing deadlocked at 0-0 after 120 minutes of regular and extra time. Both sides were reduced to 10 men in the first half as Brazilian referee Heber Lopes struggled to get a grip on an ill-tempered contest being played in front of a crowd of 82,026.

The first yellow card of the match came in the 16th minute when Marcelo Diaz brought down Messi with a cynical hack across the thighs as the Barcelona star advanced on the Chilean goal.

Argentina should have taken the lead on 21 minutes when a defensive blunder from Gary Medel, miscontrolling a back pass, allowed Gonzalo Higuain to go clean through on goal.