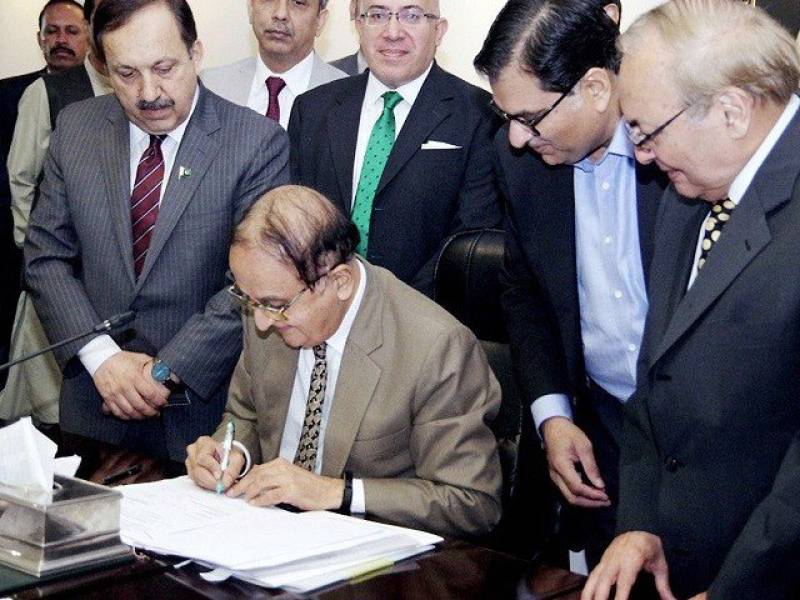 LAHORE - The caretaker Punjab cabinet approved a four-month budget on Tuesday for fiscal year 2018-19 with a total outlay of Rs693 billion.

The Hassan Askari-led government gave approval to the development budget for four months for the new Fiscal Year 2018-19. The meeting also approved the estimates of recurring expenditures of four months of the upcoming fiscal year.

He said the government had made an effort to provide necessary relief to the people while remaining within the limited mandate and constitutional responsibilities.

Funds for education, healthcare, agriculture and social sectors had been increased, he said.

"We have to serve the people of the province while remaining within the mandate", he further said and added that all the decisions were being made with the consultation of the cabinet and budget had been approved with consensus.

Dr Askari listened to the proposals of cabinet members attentively and took notice. Later, he signed off on the budget documents to give formal approval.