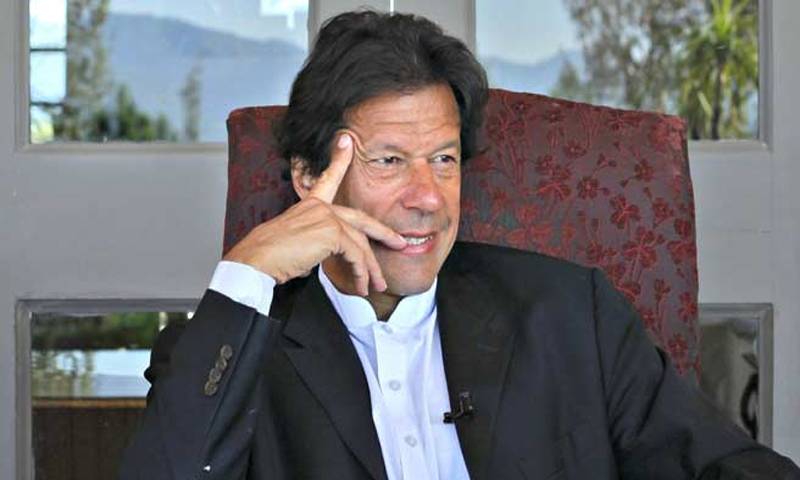 ISLAMABAD - In a goodwill gesture, Pakistan Tehreek-e-Insaf (PTI) Chairman Imran Khan has declared that his party will not field any candidate against a leader of Pashtun Tahafuz Movement (PTM), a party which has been criticising Pakistan Army, in the upcoming elections.

Speaking in an interview with Hamid Mir, the PTI chief said that the party has decided not to contest elections against PTM candidate Ali Wazir Khan in South Waziristan. Ali Wazir is taking part in the elections as an independent candidate.

“I have always said that we need to listen and resolve Pashtun demands while working with them,” said Imran Khan, adding PTI wants a resolution of their genuine demands.

He commented that many of the demands being made by the PTM are right and should be addressed.

A goodwill gesture from PTI to Pashtun Tahhafuz Movement(PTM) @ImranKhanPTI clearly saying that PTI will not field its candidate against PTM leader Ali Wazir in South Waziristan pic.twitter.com/YDQdLZuv5v

After the announcement, PTI Spokesperson Fawad Chaudhry came forward and rejected the impression that the party has formed an electoral alliance with the PTM.

“Reports about forging an electoral alliance with the PTM are no correct. There was a seat adjustment on one seat in FATA,” PTI spokesman Fawad Chaudhry said, in a statement on Tuesday.

He said that seat adjustment should not be seen as an electoral alliance.

A mix response was observed on social media following the announcement of Imran Khan in a TV programme.

Imran khan is a mad person
Supporting PTM . Cmon every one in the world knows that PTM is working on the agenda of the enemy

Starting in 2014 with a demand of removing landmines from Waziristan, Manzoor Pashteen-led PTM, rose to prominence in January 2018 when it began a justice movement for Naqeebullah Mehsud, who was killed in a staged encounter by Karachi police during the same month.

But with the passage of time, the PTM's demands increased in April. Pashteen, who repeatedly used hard words for the army which restored peace in the Federally Administered Tribal Areas (FATA) by fighting against Taliban and other militants, demanded; removal of landmines, information about missing individuals.

Pakistan is unfortunately in a war zone and it is just recovering by defeating terrorism. Alike tribal areas, army check posts are present in many other major cities in order to keep an eye on miscreants.

The army pickets, which are being portrayed as humiliation by the PTM, have been placed for the safety of the citizens.

In an April's rally,  the PTM head said, "We have to identify the place that destroyed us," adding, "It is GHQ!", referring to the army's general headquarters in Rawalpindi.

Initially, in response to PTM propaganda, Pakistan’s armed forces did not give any statement. Later, Chief of Army Staff General Qamar Javed Bajwa without naming the organisation categorically stated that engineered protests would not be allowed to destablise  Pakistan.