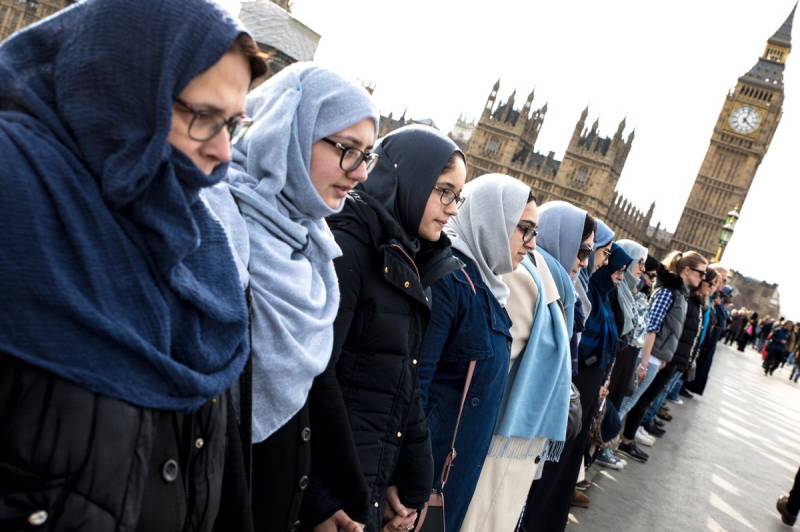 LONDON - Scores of Hijab wearing Muslim women on Sunday gathered at Westminster Bridge to express solidarity with the victims of London terror attack.

The human chain event, which included majority of Muslim women, was organised by those who also organised the Women’s March. Women stood holding hands on the bridge as passers-by stopped and appreciated their initiative.

The hijab-wearing Muslim women talked about the overwhelming emotion they felt standing on the bridge where dozens of people were mowed down.

The women formed a chain by hands for five minutes to express solidarity with the victims and condemned the horrific incident. 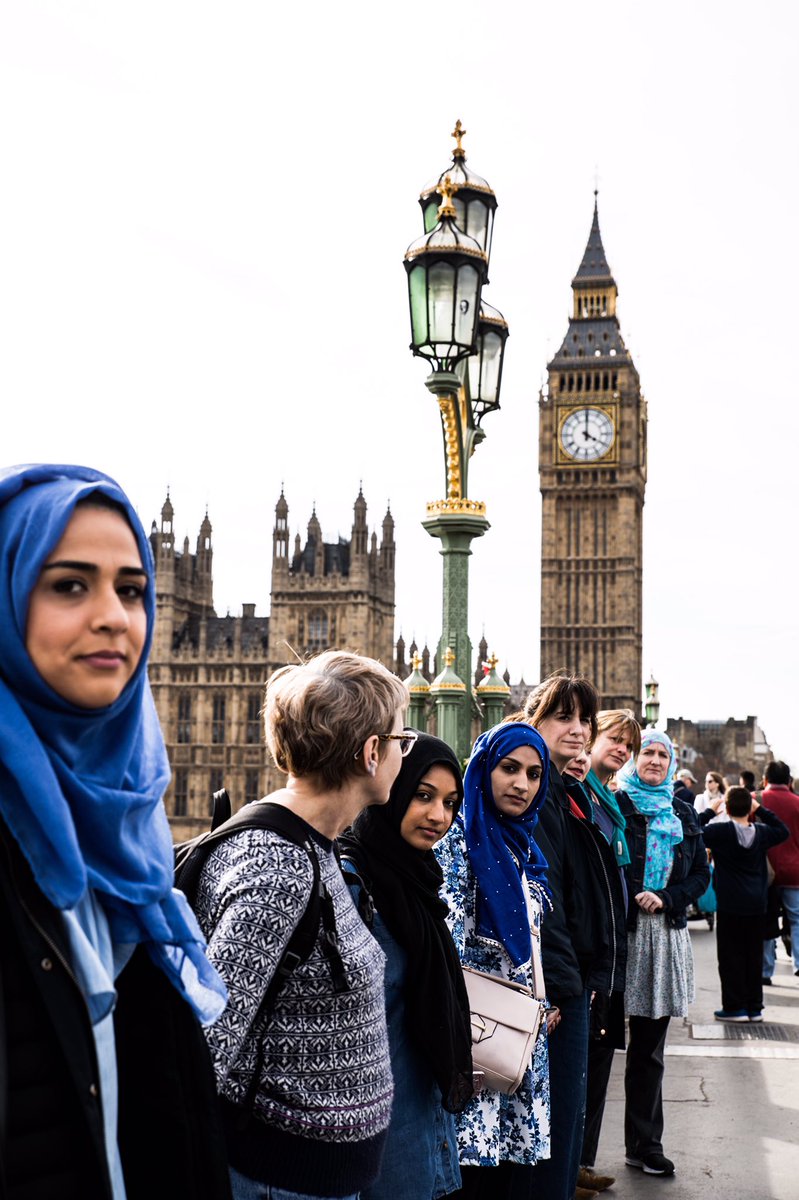 It may be mentioned here that a woman clad in hijab was deplored by social media buffs as her picture walking past by a dead body stumped the internet.

The woman however, responded to social media abuse in a befitting tone.

'I would like to say not only have I been devastated by witnessing the aftermath of a shocking and numbing terror attack, I’ve also had to deal with the shock of finding my picture plastered all over social media by those who could not look beyond my attire, who draw conclusions based on hate and xenophobia,' the woman later said in a statement.

Five people, including a police officer and the attacker, were killed in the incident for which the Islamic State later took responsibility. London police identified a 52-years-old Khalid Masood as the assailant.