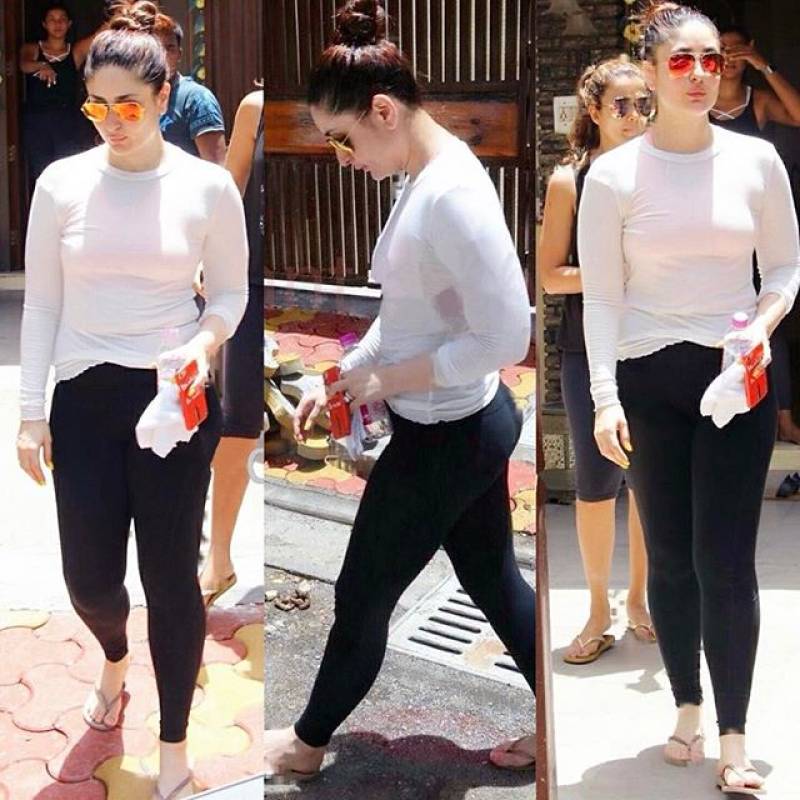 Kareena Kapoor Khan recently walked the runway as Manish Malhotra's showstopper in Singapore and although the actress stunned in a beautiful grey lehenga, people were more interested in how thin she appeared in the picture she uploaded behind the scenes.

People have criticized Kareena for reverting back to her infamous size zero Tashan days since one can actually she her ribs protuding in the photograph. Although Kareena didn't keep the size zero physique for long, ever since her pregnancy Mrs Khan has been determined to get back in shape and many are concerned whether this is an unhealthy obsession with weight loss.

And the recent extra lean physique may mean she is back on the mission to revert to a size zero figure. As always, along with any change came a lot of criticism from fans who suggested Kareena started eating more, while others called her "skeleton."

The actress however, has denied the entire notion in an interview to Vogue a while back and said, "I don’t know how the size-zero thing started—but I was only 27 and I wanted to do it for a role. It looked amazing, but that was then. I’ve been in the business for a long time since, and I’m more mature—now, it’s about being fit. I’m definitely comfortable in my skin right now.”