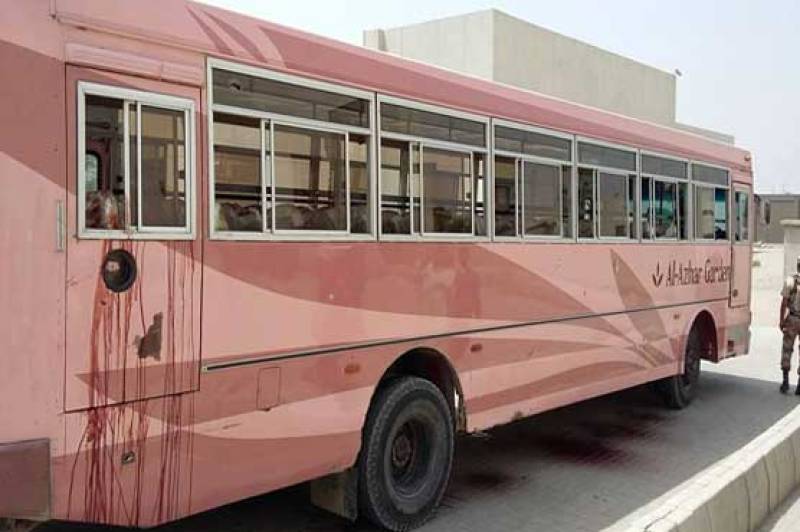 KARACHI (Web Desk) - Sindh Rangers has arrested as many as four Muttahida Qaumi Movement (MQM) associated people on suspicion of connection with Karachi bus attack that killed 45 Ismailis on May 13, Pakistan Today claimed on Wednesday while quoting sources.

The report said that these workers were taken into custody by Rangers personnel on May 20 from the premises of Karachi University. All of the four arrested were also associated with MQM’s Scheme-33 Unit.

They have been allegedly involved in planning to carry out the deadly attack on Ismalis' bus, the sources claimed.

MQM, however, has rebutted the allegations hurled against party workers saying saying " our activists have been the most patriots and they cannot even think of such crime".

Sindh Police has so far claimed of arresting as many as eight people for their alleged involvement in Karachi bus attack. The culprits had further confessed to murdering rights acticist Sabeen Mahmud.