Why does Baghdadi escape the US so often? An inside look into the hunt for the IS leader 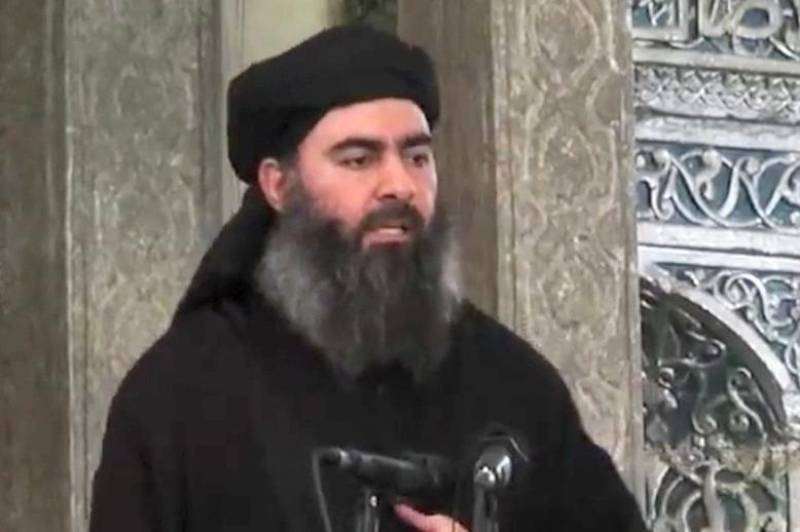 MOSUL (Web Desk) - It has been over two years now since Abu Bakr al-Baghdadi announced himself as the Caliph of the Islamic State of Iraq and Syria (ISIS) and during this time more than 15 of the group’s most senior members have been targeted by airstrikes while the IS leader still remains at large.

Over the past two years, local forces of Iraq and Syria, non-government fighters and the US-led coalition have been working tirelessly to hunt Baghdadi down.

Their efforts have finally been successful in narrowing the IS leader's location down to the area between the nearby towns of Ba’ej and Billij.

However, actually targeting Baghdadi may be a significantly more difficult task. In a US airstrike in March this year, he was almost taken out with fellow commanders Abu Muslim al-Turkmani, Abu Ali al-Anbari, Omar al-Shishani and Abu Malik, but was able to escape with only minor injuries.

Lieutenant Colonel Khalid Hamza, who commands soldiers in the south of Sinjar, said that he is very certain of Baghdadi's visit to Ba’ej some two months ago.

Talking to The Guardian, Hamza said “we have very accurate information from inside the city that he was there visiting the local ISIS leader."

He added that Baghdadi enjoyed the support of local tribes in the region, who confiscate all phones from an area several hours before his arrival.

The same had happened two months ago when a US strike targeted him in this town, he explained.

According to another report of The Guardian,  Baghdadi was hit near the small Iraqi town of Shurgat on the Tigris river, about 300km north of Baghdad. A regional intelligence chief also confirmed these details to the newspaper.

An operative of Islamic State group, captured from the same area in a raid, said that only Baghdadi's personal doctors knew about his injuries while he was being treated, and almost none outside the top leadership knew much about his condition.

However, the US continues to deny that an airstrike hit Baghdadi, saying that they have no way of confirming this.

But, the information has now widely been shared among intelligence agencies of US, UK, Australia, Canada, New Zealand, Iraq, Saudi Arabia and other Gulf States.

Meanwhile, Lieutenant Colonel Qassem, who leads the local security unit in Sinjar, said that every time we report to Americans about possible location of Abu Bakr al-Baghdadi, they ask us to provide more information.

Last time when Baghdadi was in Tal Afar, everyone suddenly started acting strangely, which was a clear sign that something was going on and we called the Americans, but they said we can’t just attack anything, give us a target, he said.