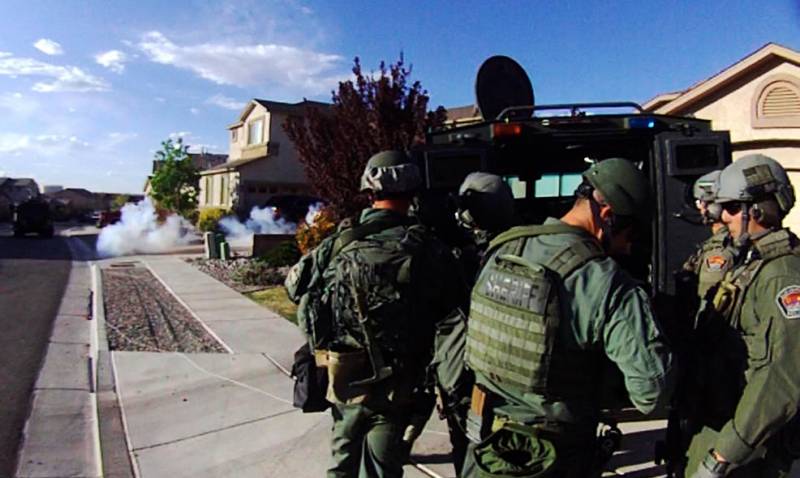 Tennessee (Web Desk) - A 61-year old man was 'mistakenly' killed in a police drug raid on the wrong house while his 70-year old wife was put in handcuffs.

John Adams was reportedly watching television with his wife when they both heard someone pounding on the door. Adam's wife, fearing robbers, alerted him and told him to get his gun.

According to police, the victim fired first and was shot thrice in retaliatory fire. Police then handcuffed his wife Loraine in another room.

Loraine Adams claims that she told the police they had raided the wrong house while being handcuffed.

Contradicting the widow's story once again, police officials claim that the officers who shot Adams were wearing police jackets for easy identification, however Loraine said she and her late-husband had no indication that the men at the door were police.

Police admitted their blunder saying some drug-addled informant had misguided them, saying the raid was actually supposed to take place in the house next door.

While Loraine denies that her husband's killing was racially motivated, police officials investigating the incident are considering the racial angle as Adams was black while both policemen were white.

Moreover, Lebanon Police Chief Billy Weeks confessed, “It’s a very severe mistake, and a major setback for police relations with the black community." However, he added, the two policemen were not at fault.

The two officers involved in raid are currently on paid administrative leave.