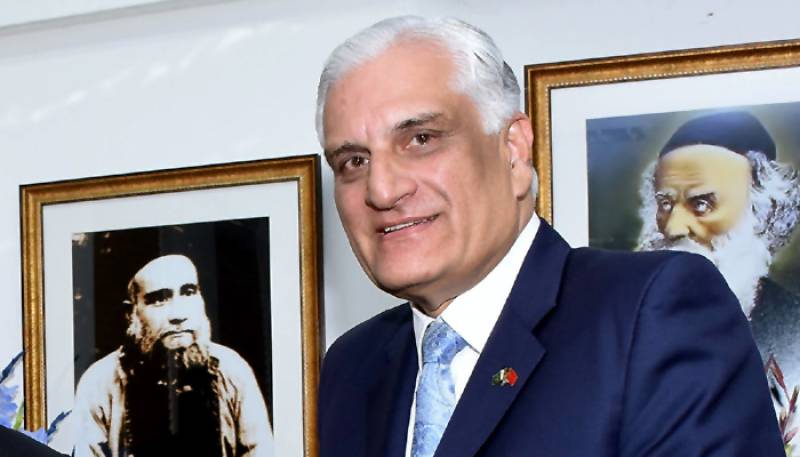 The resignation was approved hours after the Pakistan Muslim League Nawaz led federal government signed an agreement with religious groups staging a sit-in at the Faizabad interchange against the amendment in the Khatam e Nabuuwat clause in the recently passed Election Act 2017.

The resignation was tendered in line with the agreement, brokered by a senior officer of Pak Army Major General Faiz Hameed according to which the government would also release the detained workers of Tehreek e Labbaik Pakistan.

The cabinet division also issued a notification on Monday of approval for MNA Zahid Hamid’s resignation from the position of law minister.

According to the notification, President Mamnoon Hussain has accepted Hamid’s resignation on the advice of the prime minister under Section 3 of Article 92 of the Constitution.

As per law, a federal minister or minister of state may resign his office or be removed from office by the president on the advice of the prime minister.

Therefore, the appointment of Hamid as the minister for the law has been ordered to be immediately de-notified.

A copy of the agreement made public shows that an inquiry report prepared by Raja Zafarul Haq will be made public within 30 days and action will be taken against those responsible for the controversial amendment to the Finality of Prophethood declaration for electoral candidates.

In his resignation, the law minister had claimed that he was not responsible for the controversy that stemmed out of Election Bill 2017.

'I was not directly responsible for the introduction of the controversial amendment to the Finality of Prophethood declaration for electoral candidates,' stated Hamid in his resignation letter.