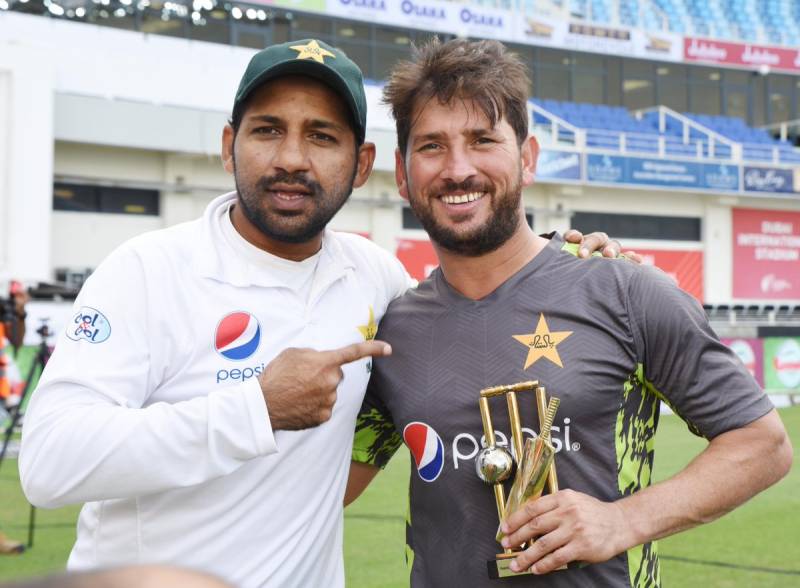 DUBAI - Pakistan beat New Zealand by an innings and 16 runs in the second Test on the fourth day in Dubai, levelling the three-match series at 1-1.

Leg-spinner Yasir Shah took 6-143 to finish with 14 wickets in the match as New Zealand were bowled out for 312 after following on at Dubai stadium.

Spinner Bilal Asif had menacing Ross Taylor caught off an uppish sweep for 82 before New Zealand reached 222-4 at lunch on the fourth day, still needing 106 runs to avoid an innings defeat.

At the break, Henry Nicholls, who successfully reviewed a second-ball leg-before decision on nought, was unbeaten on 31 with BJ Watling 16 not out.

Taylor smashed seven boundaries and a six during his aggressive 128-ball knock and added a valuable 80 runs for the third wicket with Tom Latham who fell for 50.

New Zealand were forced to follow-on after superb bowling by leg-spinner Yasir Shah, who took 8-41 to dismiss them for a paltry 90 on Monday.

Resuming at 131-2 Taylor smashed medium pacer Hasan Ali's first ball of the day to cover boundary to reach his 29th half century in Tests.

Before this knock Taylor had managed just 21 runs in the three innings of this series.

New Zealand had won the first Test by four runs in Abu Dhabi.