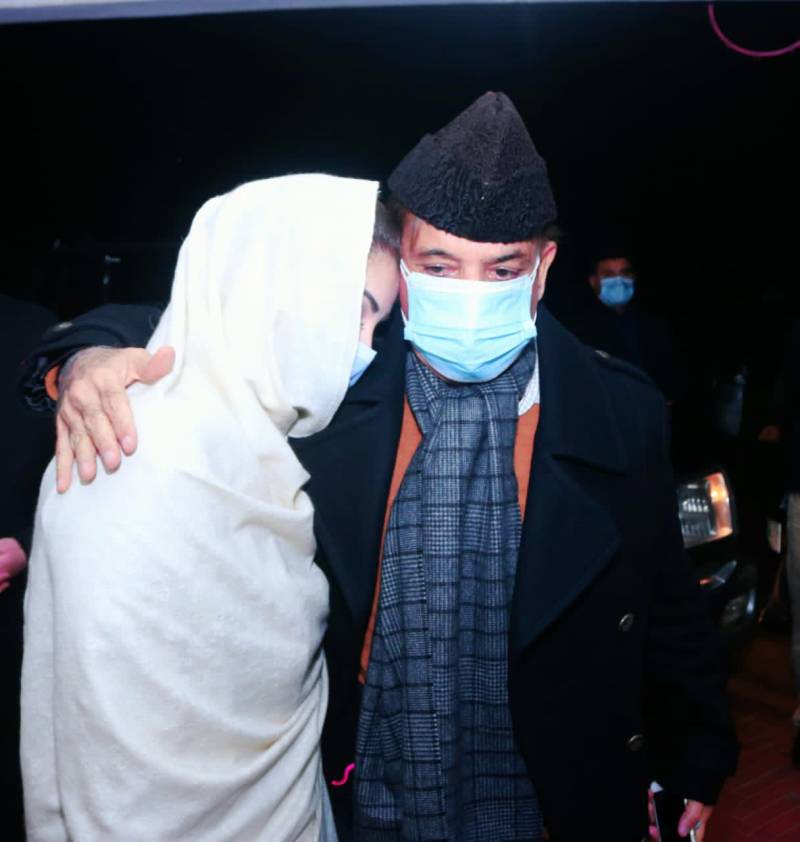 LAHORE – Maryam Nawaz Sharif is feeling emotional following her grandmother’s death as her father and the former prime minister Nawaz Sharif and brothers Hussain and Hassan are not in the country to console her.

In a tweet, following the release of the Pakistan Muslim League (PMLN) president and cousin Hamza on five-day parole, the party's vice-president shared a picture of hugging her uncle.

“I felt I met Abu,” she captioned the picture.

Meanwhile, a flight carrying the body of late Begum Shamim Akhtar took off from London on Friday night (Pakistan time) and is set to land in Lahore in the wee hours of Saturday.