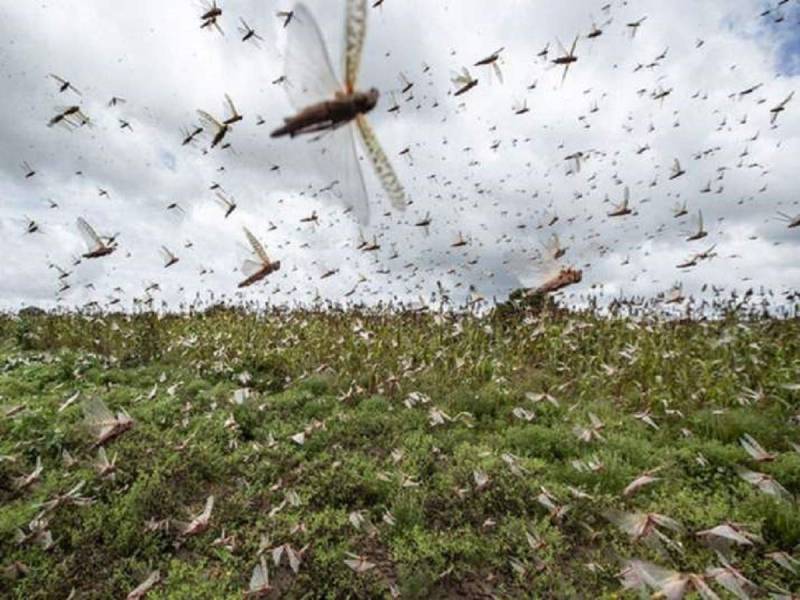 KARACHI – The Sindh Agriculture Department issued a new alert regarding the threat of a locust swarm descending on Sindh's crops on Monday.

Locusts may invade coastal areas of Sindh and Balochistan, the notification said.

United Nations subordinate Food and Agriculture Organisation had recommended an immediate survey and spray drive on the crops to avoid losses.

Locusts likely to come from Indian Gujrat and Rajasthan region, Nara, Khipro, Chachro, Diplo, Badin and Jamshoro.areas are most vulnerable to this attack.

Sindh Agriculture Minister Ismail Rahoo assert his department's teams were actively working to deal with the threat of the locust invasions, insisting that they had made all possible efforts and saved the crops of Sindh's farmers during the previous such invasion.

The federal government should play its part in in this regard so that impoverished farmers did not suffer more losses, he added.