At least 8 dead, over 100 injured in Peshawar's madrassa blast 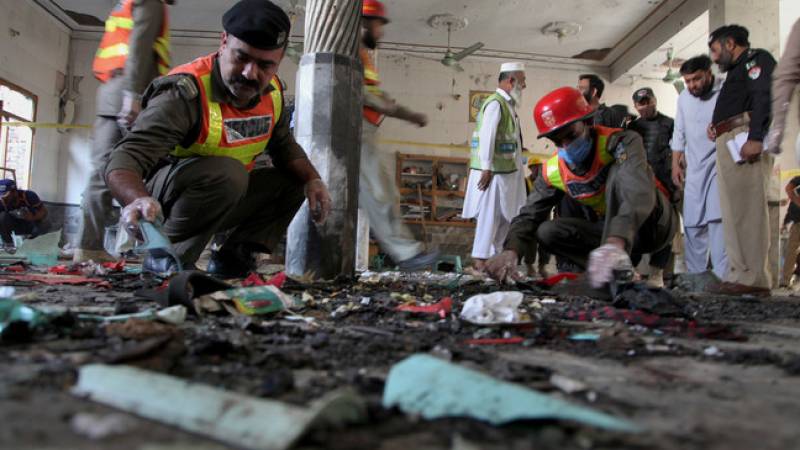 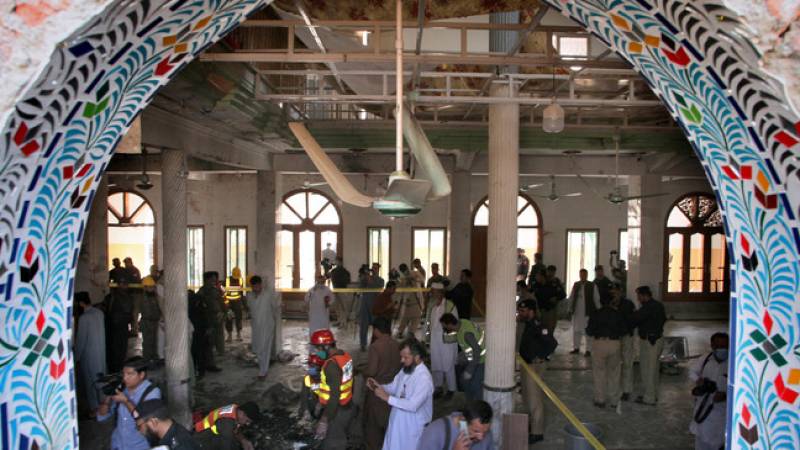 PESHAWAR – A powerful bomb blast ripped through an Islamic seminary on the outskirts of the Khyber Pahtunkhwa capital city on Tuesday morning, killing at least eight students and wounding over 100 others.

The spokesman of Lady Reading Hospital Peshawar told the media that a total of 103 victims were brought to the hospital including seven bodies and 95 injured.

The injured were shifted to different wards. Doctors on leave were called in for duty and emergency imposed in LRH, he said.

The bombing happened as a prominent religious scholar during a special class was delivering a lecture about the teachings of Islam at the main hall of the Jamia Zubairia madrassa, police said.

TV footage showed the damaged main hall of the seminary, where the bombing took place. The hall was littered with broken glass and its carpet was stained with blood. Police said at least 11 pounds of explosives were used in the attack.

Some Afghan students studying at the seminary were also among the wounded, officials said.

Prime Minister Imran Khan condemned the bombing and asked authorities to ensure the provision of best possible medical aid to the victims.

“I want to assure my nation we will ensure the terrorists responsible for this cowardly barbaric attack are brought to justice," Khan said.

Deeply saddened by terrorist attack on madrassah in Peshawar. My condolences go to the victims families & prayers for early recovery of the injured. I want to assure my nation we will ensure the terrorists responsible for this cowardly barbaric attack are brought to justice asap

The attack comes days after Pakistani intelligence alerted that militants could target public places and important buildings, including seminaries and mosques across Pakistan, including Peshawar.

No one immediately claimed responsibility for the attack in Peshawar which is the provincial capital of Pakistan's Khyber Pakhtunkhwa province bordering Afghanistan.

The latest attack comes two days after a bombing in the southwestern city of Quetta killed three people.

QUETTA – At least seven people were killed and several injured on Sunday in a blast within limits of Shalkot ...