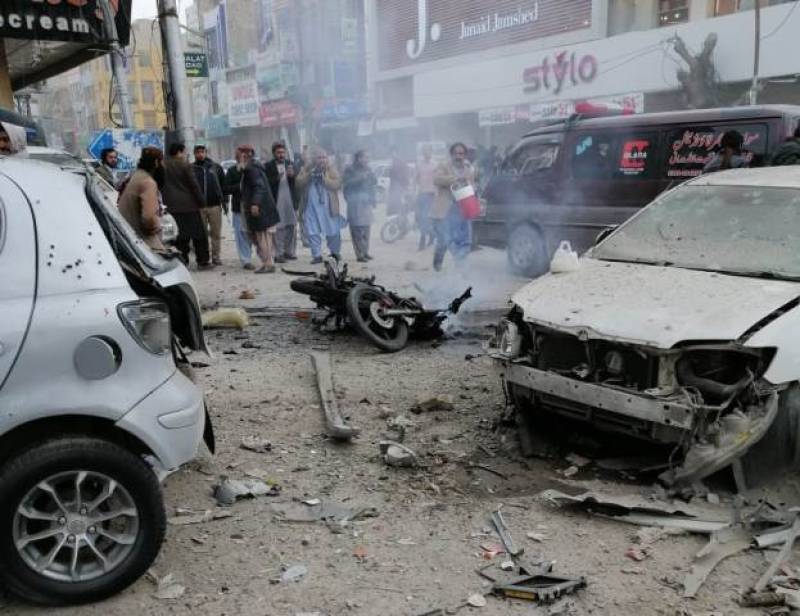 QUETTA – At least seven people were killed and several injured on Sunday in a blast within limits of Shalkot police station at Hazarganji locality in Quetta, local media reported

The blast hit the city where major rally of Pakistan Democratic Movement (DPM) was being held.

According to police, the explosive device was planted in a motorcycle. The blast damaged one car and some motorcycles parked nearby the site of incident.

Security officials and law enforcement personnel have reached the site and cordoned off the area. The injured persons have been shifted to hospitals for treatment.

The Ayub Ground in Quetta, which was the PDM rally's venue is, however, 35 to 40 minutes away from the blast site.

Earlier this week, the National Counter Terrorism Authority (NACTA) warned that Tehreek-e-Taliban Pakistan is planning attacks on political and religious leadership across Quetta and Peshawar in the near future.