Fire breaks out at garment factory in Karachi 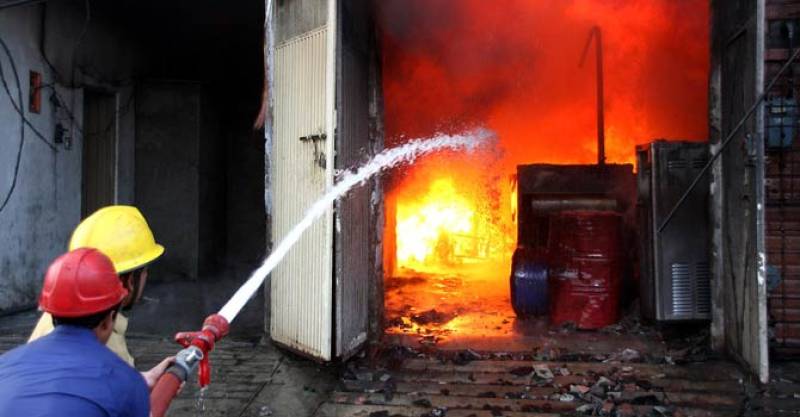 KARACHI – Fire incident in a factory near Valika Chowrangi of Karachi reduced valuables worth million into ashes on Monday.

The fire brigade officials noted that factory employees were rescued out of the building and assured there has not been any casualty reported in the incident.

Rescue teams have, however, admitted they could not find the cause of the fire.

Fire brigade and rescue teams managed to douse the fire after hours of fire fighting. No casualty was reported in the incidents, rescue officials.

Fire tenders run out of supplies during operation, it may be noted that only nine of fire tenders are present for entire Karachi city.